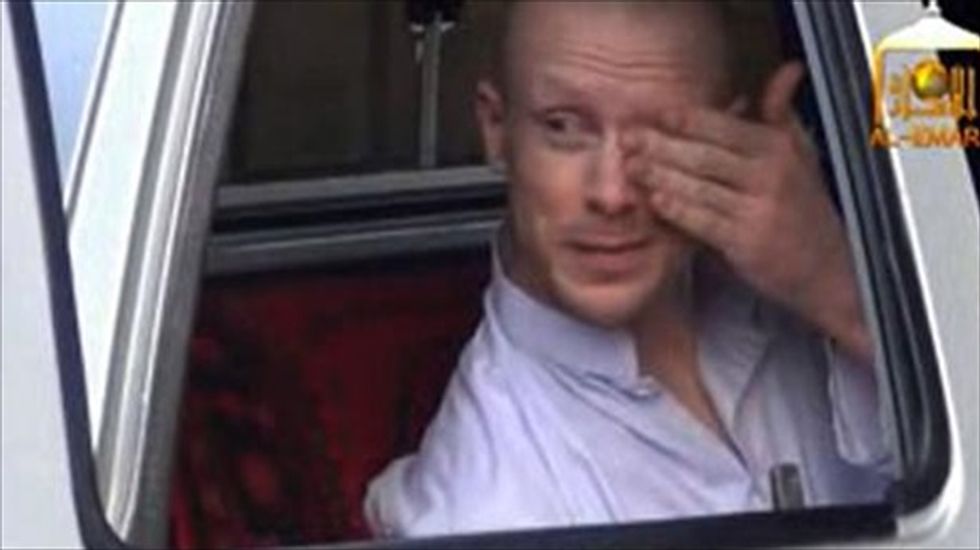 image from video released on June 4, 2014 by Al-Emara reportedly shows US Army Sgt. Bowe Bergdahl before his release [AFP]

U.S. Army Sergeant Bowe Bergdahl, who spent five years as a Taliban prisoner of war before being released last month, has been discharged from a military hospital in Texas and will continue treatment as an outpatient, the Army said Sunday.

"It’s a sign of progression, showing he's no longer a patient of a hospital," McClelland said.

Bergdahl's next phase of recovery, during which he'll continue to get medical care and undergo psychological treatment tailored for soldiers who have spent time in captivity, could last anywhere from a few days to a month, McClelland said.

Bergdahl was handed over to U.S. forces in Afghanistan on May 31 in exchange for five Taliban leaders held at the Guantanamo prison in Cuba.

His release sparked an initial wave of support that was quickly overshadowed by a political uproar over the freeing of the senior members of the Taliban.

Lawmakers criticized the Obama administration for failing to give them 30 days' notice before transferring prisoners from Guantanamo as required by law.

Some charged that in making the exchange, the administration had effectively violated its policy against negotiating with terrorists.

In addition, some of Bergdahl's former Army comrades have come forward to say they believe he deliberately abandoned his post in Afghanistan.