GOP's Inhofe: Obama is ‘supporting the enemy' and I could leak classified info to prove it 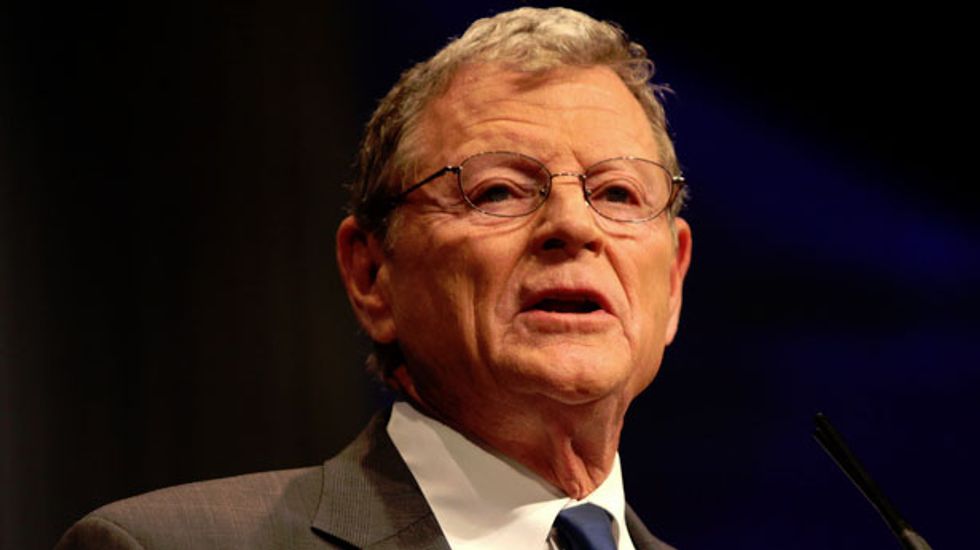 The ranking member of the Senate Armed Services Committee appeared Thursday on the Family Research Council’s “Washington Watch,” reported Right Wing Watch, where he discussed the worsening situation in Iraq and the exchange of five Guantanamo Bay prisoners for an American soldier held by the Taliban.

Inhofe said Congress could approve funding for surveillance, intelligence, and arms to aid Iraqis against Islamist militants, but the senator said Obama could thwart their plans.

“There’s no assurance the president couldn’t just stall it,” Inhofe said. “People say do something -- well, you know, never in my political career in my memory did it ever occur to me that we would have a president of the United States who would be doing things supporting the enemy.”

He said public opinion must be shifted to stop the president, because he said Congress lacked the authority.

“Our system isn’t set up for Congress to deal with this kind of a situation,” the Republican senator said.

Inhofe told host Tony Perkins that the Obama administration had made “stupid” military decisions, and he’s considered sharing classified materials to prove it.

“All of these hearings, these classified briefings like the one we had this morning, I almost don’t mind talking about what they said because it’s are all so orchestrated, they always have five or six people from the administration, all of them agreeing with the president,” Inhofe said.

Specifically, he cited the prisoner exchange for Sgt. Bowe Bergdahl as one of those “stupid” decisions.

“These are things that are costing today American lives, Tony,” Inhofe said. “This is not just an insignificant thing.”