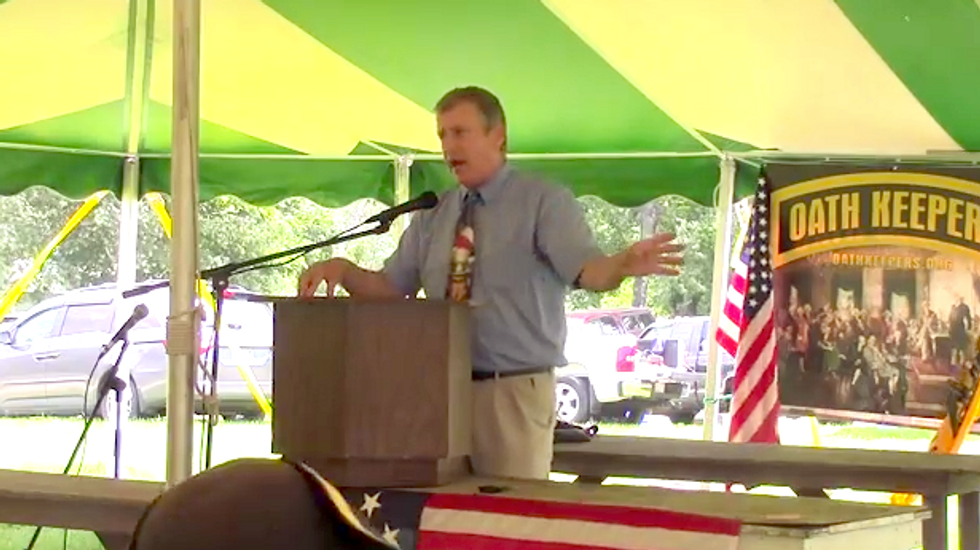 A fringe group dedicated to fighting against a collectivist New World Order fears religious conservatives and progressives, including Cenk Uygur of The Young Turks, might conspire to rewrite the Constitution using a little-known legal maneuver.

A progressive political action committee – WolfPAC – hopes to convince legislators in at least 34 states to petition Congress for a date and venue for a convention, as called for in Article V in the Constitution.

Progressive supporters, such as WolfPAC founder Uygur, want to end corporate personhood and publicly finance all U.S. elections through a 28th amendment, but a convention would open up any constitutional guarantees for discussion and possible changes.

The anti-communist John Birch Society has been one of the strongest critics of enacting the never-before-used maneuver.

“There’s a lot of well-intentioned folks that are frustrated, and they think this is the only solution,” said Hal Shurtleff, northeast regional field director for the reactionary group. “But if the current crop of politicians in Washington, D.C., don’t obey the Constitution now, why would they obey new amendments?”

Shurleff made his remarks earlier this month at a Flag Day rally supporting Second Amendment rights.

He warned fellow conservatives that billionaire philanthropist George Soros was funding progressive efforts to change the constitution and “99 percent” activists who claimed they had been harmed by U.S. economic policies.

He said elections were better than potentially rewriting the Constitution.

“Every two years we can have a nonviolent revolution at the ballot box,” Shurtleff said. “That was the way the founders intended. We can get constitutionalists elected, and we can hold those in office accountable.”

“Right now there’s about 24 states that have active calls for an Article V convention,” Shurtleff said, including some resolutions that date back more than 50 years ago.

He warned that advocates on both sides politically sought to impose their extremist views through a revised Constitution.

“They will rewrite our Constitution,” Shurtless said. “Indeed, Mike Farris, who’s the head of the Homeschool Legal Defense Association – he’s done a lot of great work – he’s advocating a 50-member U.S. Supreme Court. That, to me, is not only unreasonable, it’s crazy.”

Shurtleff said quoted comments by John Adams, whom he described as his second-favorite founder, arguing that the Constitution was intended only for religious and moral people.

“He was definitely right,” he said. “That’s why some of these folks are working so hard to (inaudible) destroy this great document.”

Shurtleff dismissed claims by Article V proponents that they would simply draft amendments that “could not be misconstrued,” arguing that the Second Amendment was abundantly clear.

“Congress shall not infringe,” he said. “There’s a (Bureau of Alcohol, Tobacco, and Firearms) – that’s an infringement.”

However, the U.S. Supreme Court continues to hear cases seeking further clarity on gun laws, as it has throughout the nation’s history.

Under rules set out in the Constitution, each state would send one voting delegate selected by state legislators to vote on amendments that could be adopted by a simple majority and then sent to the states for ratification.

However, any amendments proposed at this convention would then require ratification by three-fourths of the states, making radical changes unlikely – although Shurtleff expressed skepticism at those assurances