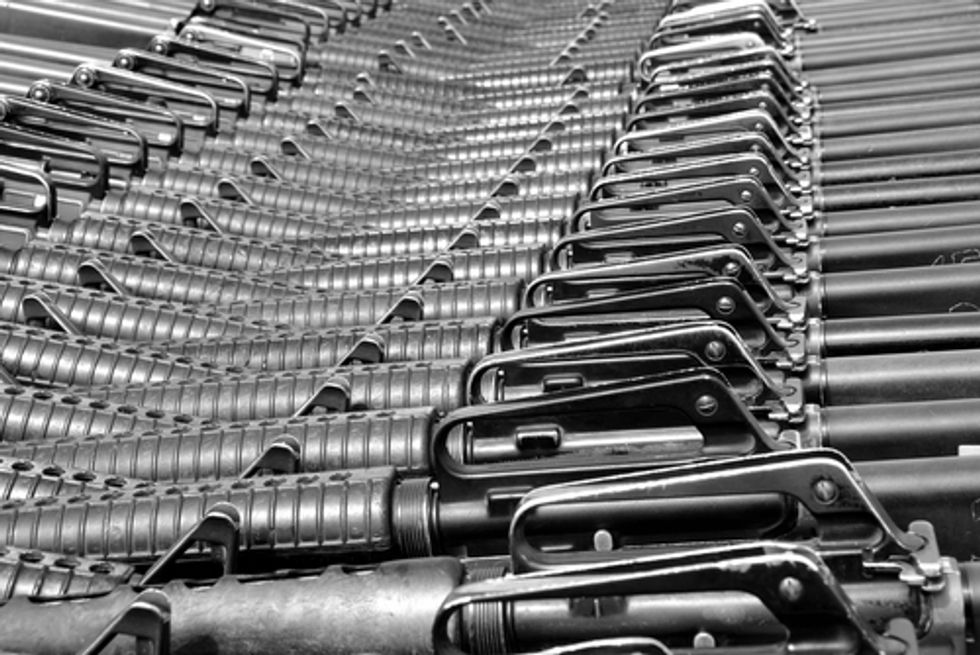 The horror show that went down in Las Vegas on Sunday, when Jerad and Amanda Miller reportedly shot two police officers, a third person, and then themselves was awful and terrifying but sadly not surprising. As with Elliott Rodger back in May, the thing that's important to remember is that the absolute avalanche of paranoid, delusional reactionary discourse online and in other spaces is bound to cause some of the self-radicalized people to act out violently. We get this easily when it comes to Islam-inspired terrorism: When young men bury themselves in Al Qaeda-style propaganda online, that things like the Boston marathon bombing tends to follow makes sense. But, for political reasons, there's a lot of pressure to minimize and derail when the issue is right wing or misogynist extremism at home, in no small part because there's a lot of moneied interests that profit handsomely off sowing that kind of reactionary thought.

That said, what's interesting to me is that right wing extremist actions are, so far, very different from what they were in the 90s, when the nutters were all riled up because Bill Clinton was in office. The tenor of right wing violence has changed. During the 90s, you had Eric Rudolph on his anti-gay and anti-abortion bombing spree that culminated in the Atlanta Olympics bombing. You had the OKC federal building bombing, as well. You had the stand-offs in Waco, Ruby Ridge and Fort Davis.

The same kind of people are around, declaring themselves "sovereign citizens" rather than have to admit they are subject to the laws of a nation that would dare elect a Democrat to office. There is, in fact, a lot of evidence that the movement has been growing rapidly. But until this week, with the Las Vegas shooting and the standoff at the Georgia courthouse, the actual terrorist and other violent criminal activity seems different than it was in the 90s. It's clear that a lot of the nutters who flocked to Cliven Bundy's ranch, including the Millers, were hoping the feds would stomp in and they'd get to live their Ruby Ridge fantasies, but even that didn't happen. Unsurprising, then, that instead of committing crimes and holing up in their homes, hoping to provoke a standoff, the right wing extremists have instead gone into the public to have their fatal showdowns.

So what's changed? I don't think they've gone away or gotten any less violent, but it seems there's been a big shift in how the right wing extremist enacts the fantasy of going down in a blaze of anti-government glory. Instead of home-based standoffs or bombings, right wing extremists seem to have plugged into the logic of the mass shooting. There have been plenty of terrorist attacks from right wingers, but it's mostly been exactly the same thing we saw this week: Going out in public and shooting people.

I can't help but think, therefore, that this is yet another sign that the gun industry's marketing strategies are so incredibly toxic. The gun industry makes a substantial and growing amount of its profits from appealing to insecure people, primarily men, who are vulnerable to extremist right wing rhetoric. Since gun culture has increasingly been wed to the black helicopter crowd, your average right wing extremist now builds his self-image primarily around the idea of gun ownership and owning as many guns as he can. The gun has become this all-powerful symbol. In the 90s, the home-based standoff was popular because right wing extremists got it into their head that they should have a right to "opt out" of living in the U.S. and therefore the home became a symbol of a place where you should be able to build a magic force field around yourself. That appears to have largely fallen away, and now the rhetoric and symbolism is geared mainly to the idea that having a gun makes you a mighty person who should be able to impose your will on others. Thus, public shootings have emerged as the primary way for right wing reactionaries to commit terrorist acts.