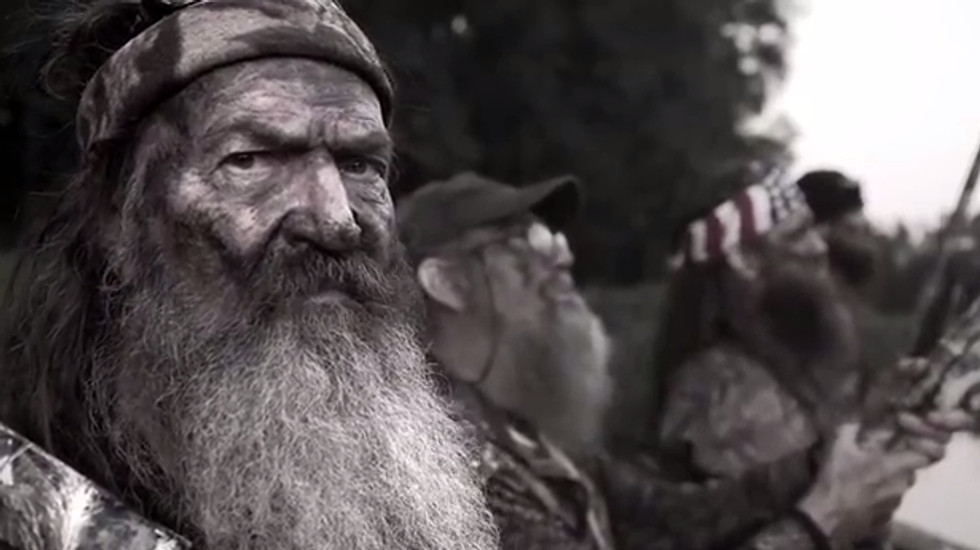 The “Duck Dynasty” clan has lent their celebrity to all sorts of merchandise – including lighters, Cajun seasoning, smart phone apps, and firearms.

The reality TV stars will next release “The Duck Commander Faith and Family Bible,” a King James translation of the Old and New Testaments that will include branded features about the family.

The Bible, which will be published Oct. 28 by Thomas Nelson, will focus on patriarch Phil Robertson’s five core values -- faith, family, fellowship, forgiveness, and freedom.

Robertson has made news in recent months for controversial remarks about his disdain for LGBT sex and nostalgia for racial segregation.

The Bible will include “30 life-changing testimonials along with 125 ‘Set Your Sights’ features” from Robertson and his oldest son, Al Robertson, who serve as executive editors for the project.

The pair will also outline 52 Bible reading plans with the release.