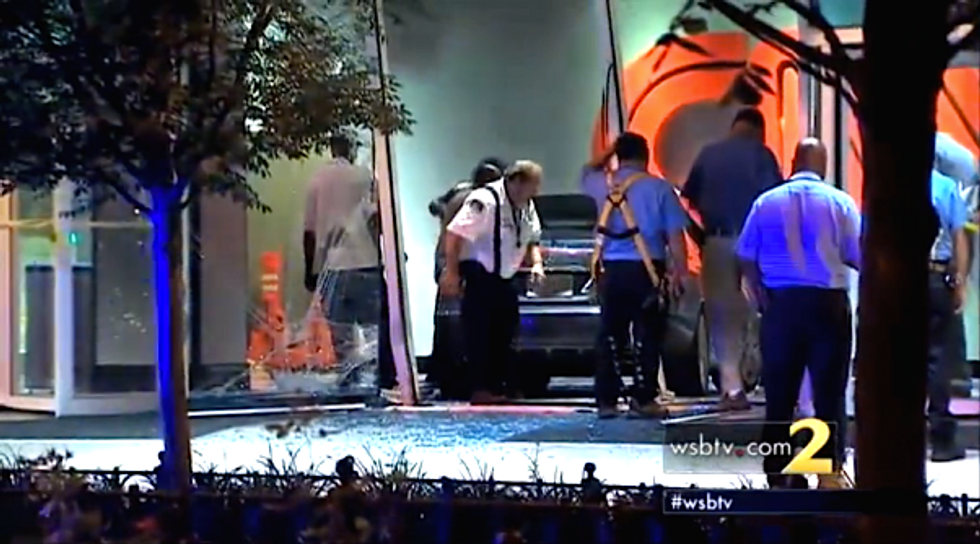 A driver who told police he had smoked marijuana crashed his car into CNN headquarters in Atlanta early on Friday, causing damage but no injuries, police said.

The car crashed into the lobby of the building, according to a CNN Twitter feed, which showed a photo of a Mercedes-Benz convertible in its lobby just feet from a large CNN logo.

Officers who arrived at the scene shortly after 4 a.m. found the car had crashed into the north side of the CNN Center building, Chafee said. It was not clear when Todd had smoked the marijuana or how much he had smoked.

Todd was taken into custody on charges of driving under the influence, reckless driving and possession of marijuana, Chafee said.