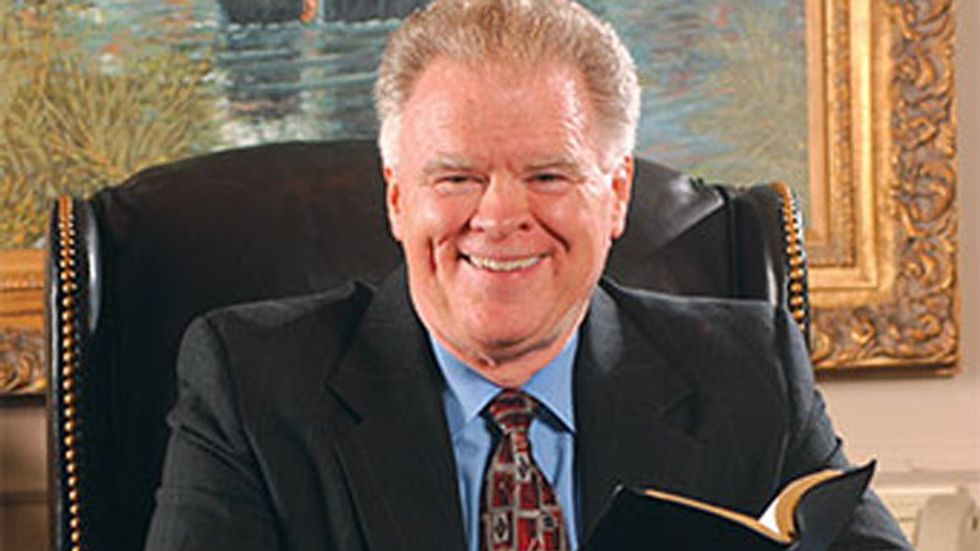 The head of Southwestern Baptist Theological Seminary has offered an apology to Southern Baptists after personally accepting a Muslim student into his school’s Ph.D. program.

According to Christian News, school president Paige Patterson (pictured above) came under fire from Baptists who accused him of violating the standards of the Fort Worth, Texas, school.

“I made an exception to a rule that I assumed, probably wrongly, the president has the right to make if he feels that it is that important,” Paige Patterson told delegates attending the Southern Baptist Convention this week. “He was admitted as a special student in the Ph.D. program.”

Patterson took responsibility for admitting Ghassan Nagagreh, a Palestinian Muslim who is pursuing a doctorate in archaeology, to the seminary. Nagagreh recently completed his first year of studies after having volunteered for the past six years at an archaeological site in Israel maintained by the school.

Baptists have expressed displeasure with the admittance of the Palestinian, worrying that he was receiving money from the denomination’s funding program.

“Something very strange and bizarre is happening at Southwestern and Southern Baptists should intervene before we lose our seminary to evangelical irrelevancy,” Wade Burleson, pastor of Emmanuel Baptist Church in Enid, Oklahoma, wrote on his personal website. “The admission of a practicing Muslim who prays toward Mecca five times a day, who refuses to acknowledge Jesus Christ as Lord and Savior and who will leave the School of Theology and presumably work against the good news of Jesus Christ is something that should concern every Southern Baptist who funds theological education with Cooperative Program money.”

“Southwestern Baptist Theological Seminary’s own policy forbids enrolling anyone who refuses to acknowledge Jesus Christ as Lord and Savior,” he added. “The campus is abuzz. Many faculty are upset. Yet, most are afraid to say anything because of ‘repercussions.’ I’ve been told by students, ‘I don’t want my transcripts blocked for speaking out’ and many of the faculty are concerned for their jobs.”

Burleson noted that Mormons have also been enrolled at the seminary in the past, which he also found to be disturbing.

Patterson defended the admission of the the Sunni Muslim student, describing him as “very open, at this point, to the gospel of Jesus Christ,” while apologizing to the convention, his family, the faculty, and board of trustees, which he stated was not responsible for his decision.

“I believe when I stand before the Lord God, I’m going to say, ‘Dear God, I violated a policy but I didn’t want to stand before you with blood on my hands,’” Patterson told the delegates. “’Dear God, I did the best I knew how.'"