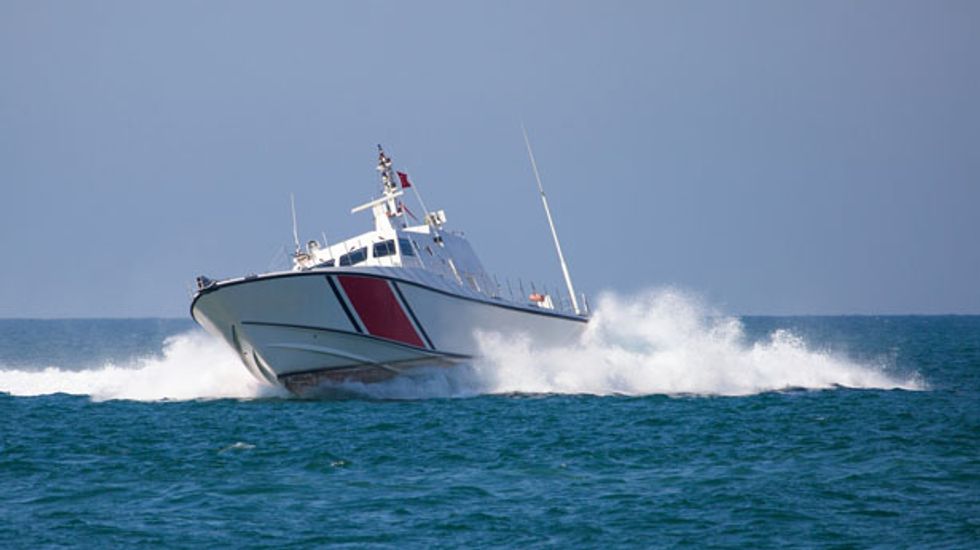 (Reuters) - The U.S. Coast Guard is working to track down a prankster who called in fake distress calls in Washington state that led agency officials to launch two rescue efforts that cost over $200,000, an official said on Thursday.

The suspect made his first call over VHF radio on May 31, reporting he was on a burning fishing vessel in Puget Sound and that he and four other people were grabbing life jackets and jumping off, the Coast Guard said in a statement.

Two Coast Guard MH-65 Dolphin helicopter crews, the team of a 45-foot Coast Guard rescue boat and the crew of a local Sheriff's Office vessel searched for the fishing boat said to be on fire, but found nothing.

On June 1, the man made a similar call reporting that he and another adult and a child were abandoning a vessel taking on water, the Coast Guard said. The caller initially called his ship the Bristol Maid, the same name he used the night before, but then changed that to the Aleutian Beauty.

Despite that clue the call might be a hoax, the Coast Guard launched a similar rescue operation for the ship, and again did not succeed in finding any vessel in distress, said U.S. Coast Guard spokesman Petty Officer First Class David Mosley.

"Not knowing if someone is in need, we need to take everything seriously," Mosley said.

The same suspected hoax caller on June 2 reported seeing a dead body on the shore, but the Coast Guard did not dispatch a search team to respond, Mosley said. Seeking to identify the hoax caller, the Coast Guard on Wednesday released recordings of his three bogus transmissions.

Nationally, the U.S. Coast Guard says it dealt with 19 confirmed hoax calls in 2012, the most recent year statistics were available. The same year, the Coast Guard received 156 suspected hoax reports.

If found, the Washington state hoax caller could be charged with making a fake distress call, which carries a term of up to 10 years in prison, Mosley said. He also could be forced to compensate the agency for the two search operations, which cost over $200,000 including maintenance on the helicopters and vessels used, he said.