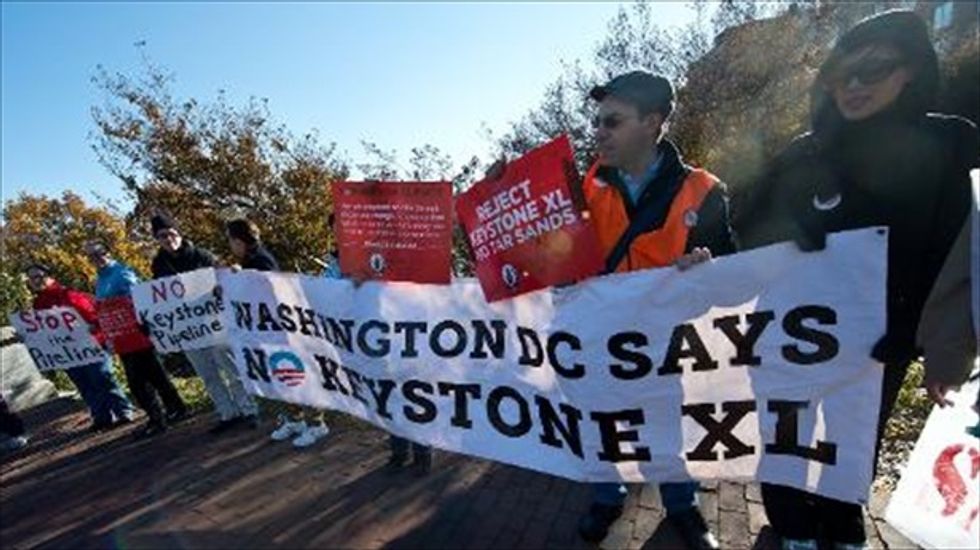 A proposed pipeline from Canada to the United States may result in much higher greenhouse gas emissions than previously calculated as it could fuel greater oil consumption through higher production and lower prices, a study said Sunday.

Researchers from the Stockholm Environment Institute used a mathematical model to estimate the Keystone XL pipeline's potential for atmospheric pollution.

Unlike calculations by the US State Department, they took into account a possible consumption rise in line with production, the pair wrote in the journal Nature Climate Change.

It was not clear, though, what the production increase was likely to be.

The Keystone XL project to carry oil sands crude from Canada to refineries along the US Gulf Coast, has pitted environmental groups against the oil industry, which argues it will bring much-needed jobs and help fulfil the US goal of energy self-sufficiency.

US President Barack Obama has said the pipeline could only be approved if it "does not significantly exacerbate the problem of carbon pollution".

The research team said that for every barrel of increased production, global oil consumption would increase by 0.6 barrels "owing to the incremental decrease in global oil prices".

This, in turn, would pump out more Earth-warming carbon dioxide emissions -- estimated at about 36 billion tonnes for 2013.

"Our simple model shows that, to the extent that Keystone XL leads to greater oil sands production, the pipeline's effect on oil prices could substantially increase its total GHG (greenhouse gas) impact," wrote the study authors.

"The State Department's assessment has overlooked the pipeline's potentially most significant GHG impact: increasing oil consumption as the result of increasing supplies and lowering prices."