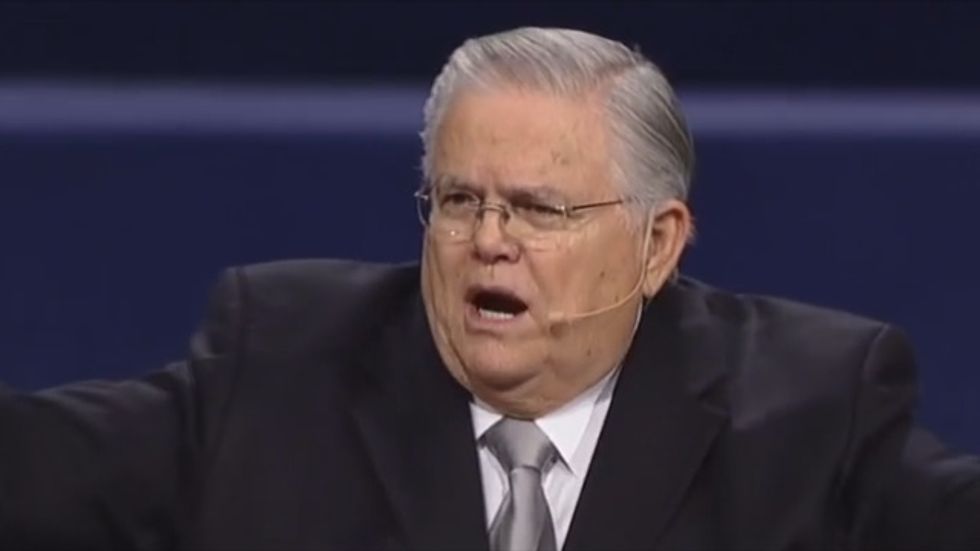 In his Sunday sermon at the Cornerstone Church in San Antonio, Pastor John Hagee explained that it is "God's position" that welfare recipients should get a job or expect to starve, according to Right Wing Watch.

Stating that America has an underclass of citizens  dependent upon help from the government  equal to the population of Spain, Hagee asserted that there is a division in America, "Those who pay double through taxes, and those who get a free ride. This is not justice, and this is not the American way."

While admitting that there are some unfortunate Americans  who need help, Hagee admonished  others to get off the couch and get a job.

Hagee went on to say that “America has rewarded laziness and we’ve called it welfare,” before adding “The Bible says 'The man who does not work, should not eat.' I know the liberals hate that verse, but read it and weep! It's God's position."

The video does not show Hagee reading  Matthew 25:35 where occasionally-employed itinerant carpenter Jesus Christ reportedly said, "For I was hungry and you gave me food, I was thirsty and you gave me drink, I was a stranger and you welcomed me."

Watch the video below, courtesy of Right Wing Watch: