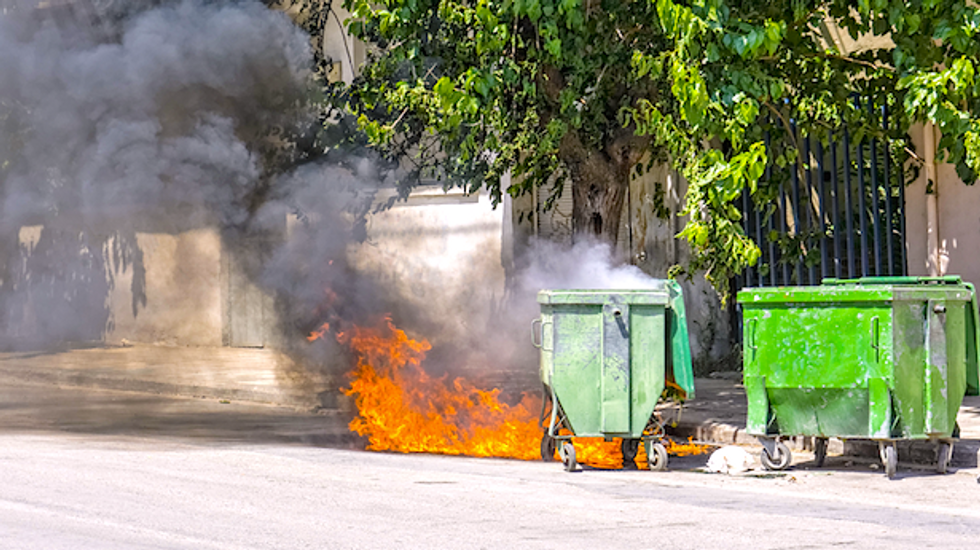 Police arrested a self-described “sovereign citizen” accused of shooting at police and firefighters after setting fire to a trash bin in Dallas.

Emergency crews responded to the dumpster fire about 3 p.m. Monday, when the man opened fire on officers.

Police said the gunman, who was the subject of a missing persons report filed that afternoon, threatened a babysitter who retreated into a nearby home with an 8-year-old girl.

No one was wounded by the gunfire, which struck a fire engine in the area.

Police said the man, identified as 60-year-old Douglas Leguin, called 911 to say he was part of the anti-government sovereign citizen movement.

Investigators said the man apparently set the Dumpster fire and called in the missing persons report as part of a planned ambush on officers.

The man, who was armed with an AK-47 and wearing a towel or bandana around his head, set off a smoke bomb and shot off propane tanks during a brief SWAT standoff.

He surrendered to police and will be charged with seven counts of aggravated assault on a public servant.

After the gunman surrendered, police cleared the area of suspicious devices, including propane tanks.

The woman and child were rescued from the home where they had been hiding, but police evacuated other neighbors during the standoff.