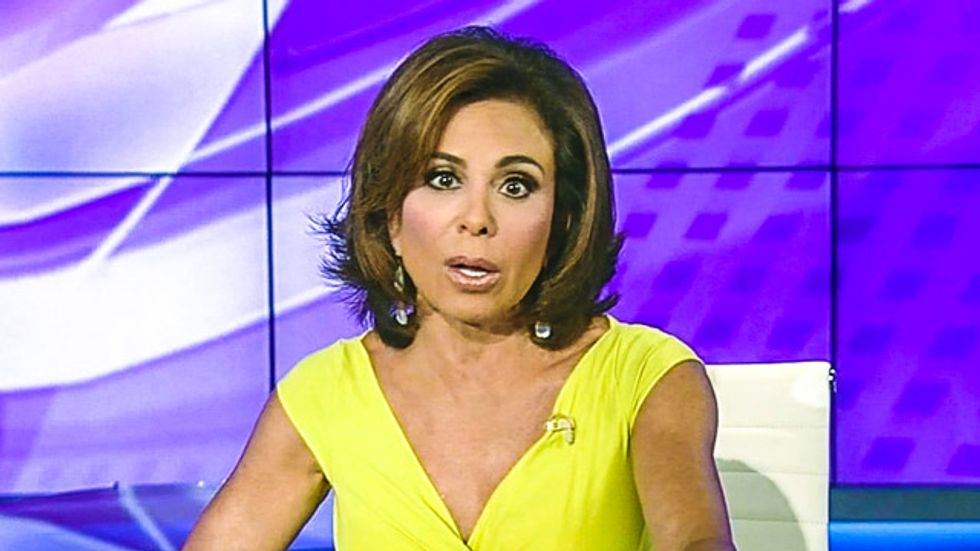 Appearing on Fox News host Jeanine Pirro's weekend show, a terrorism expert sounded the alarm about creeping Islam in Europe by pointing out that Birmingham, England is now "totally Muslim."

Steve Emerson, Executive Director of The Investigative Project on Terrorism, told a credulous Pirro that parts of England have been overrun with Muslims, making it unsafe for non-believers to visit or pass through.

"In Britain, it's not just no-go zones, there are actual cities like Birmingham that are totally Muslim where non-Muslims just simply don't go in," Emerson explained.

He continued, "And parts of London, there are actually Muslim religious police that actually beat and actually wound seriously anyone who doesn't dress according to Muslim, religious Muslim attire. So there's a situation that Western Europe is not dealing with."

In fact, a 2011 census showed that only about 22 percent of Birmingham's population is Muslim, while the remainder is spread across multiple alternative religions.

People on Twitter were quick to jump on Emerson's comments, mocking his knowledge of the city -- while using the popular #FoxNewsFacts hashtag --   with one pointing out, "In Birmingham you can now only play The Beatles "Halal You Need Is Love" remastered version in public places #FoxNewsFacts," while another noted "The city is now called Birming because Ham is not halal. #foxnewsfacts."

Emerson later apologized for his comments in a statement sent to the Huffington Post, writing, "I have clearly made a terrible error for which I am deeply sorry. My comments about Birmingham were totally in error. And I am issuing an apology and correction on my website immediately for having made this comment about the beautiful city of Birmingham."

He added, "I am not going to make any excuses. I made an inexcusable error. And I am obligated to openly acknowledge that mistake."

A sampling of the #FoxNewsFacts tweets below along with the Pirro video:

The original name of the show was MiddleEastEnders. The BBC dropped the "Middle" to conceal its creeping sharia agenda. #foxnewsfacts
— Dan Murphy (@Dan Murphy) 1421012969.0

One Direction was named to remind people in Birmingham that they may only pray towards Mecca. #FoxNewsFacts
— LOLGOP (@LOLGOP) 1421024756.0

The city is now called Birming because Ham is not halal. #foxnewsfacts
— Kamila Shamsie (@Kamila Shamsie) 1421020477.0