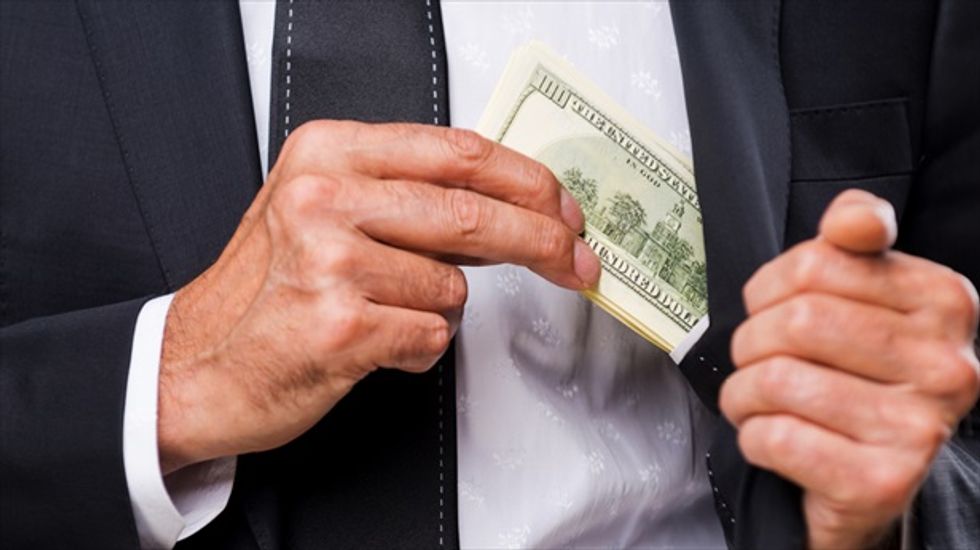 The conservative billionaire brothers Charles and David Koch of Koch Industries and their political network of donors and opaque outside groups are planning to spend a stratospheric $889 million in the 2016 presidential and congressional elections.

That is more than double what they and their network spent in 2012, an amount so stupendous that it will be “on par with the spending by (political) parties”

What a way to mark the fifth anniversary of the Supreme Court’s Citizens United decision that paved the way for unlimited political spending by outside groups.

It wasn’t always so

There was a time and a place, far, far away, when Americans found such outsized political influence not only unseemly, it was actually illegal.

Consider the US$2.1 million that insurance mogul W Clement Stone gave to incumbent President Richard Nixon’s 1972 reelection campaign and to the Republican Party, then a record. That sum would be equal in today’s inflation-adjusted dollars to $11.9 million, underwhelming now compared to the unseemly sums of cash swirling around these days.

What a long, strange trip it’s been, to paraphrase the Grateful Dead.

In the wake of Watergate, the worst political scandal in American history in which Richard Nixon’s White House, his political party and numerous corporations secretly but rambunctiously broke federal laws, more than 70 people, including White House aides and Cabinet officials, were convicted of crimes related to the Watergate break-in and its cover up.

Three months later, the Republicans were utterly humiliated in the 1974 elections. The same happened again in 1976. It was the party’s electoral nadir of the past half century.

Indeed, former GOP chairman and Senator Bill Brock told me years later the public’s repugnance towards them was so bad that worried Republican elders had seriously considered changing the party’s name.

But that was then.

Rolling back the reforms

Over the past 40 years, many of the post-Watergate campaign finance reforms have been eliminated or severely eroded, craftily and relentlessly by the powers that be, including both major political parties.

Unfortunately, now even the bedrock value of transparency itself is under siege, criticized for impairing the ability to compromise and weakening government.

And as for the once-humiliated Republicans, they have certainly made their comeback. They control both Houses of Congress, their appointees lead the US Supreme Court and, with the 2016 presidential election looming, they are girding their loins to win the trifecta of all three major branches of government.

How did all of this happen?

It’s a long story, but essentially, the US Supreme Court in a series of rulings that began in 1976 and continues to today, removed many of the post-Watergate campaign contribution limits and other reforms.

The most significant Court decision of all was the one that occurred on January 21, 2010, in which the Court ruled that the First Amendment forbids the government from limiting independent political expenditures by a nonprofit corporation.

These principles have also now been extended to for-profit corporations, labor unions and other organizations. In other words, pretty much anything goes. Or, as one exasperated observer put it, “the United States Supreme Court struck down barriers to corporate control of democracy with its 2010 Citizens United v. Federal Election Commission ruling.”

Five years ago and over 35 years after Nixon’s resignation, Justice John Paul Stevens denounced the controversial Citizens United decision in his dissent

“The rule announced today —- that Congress must treat corporations exactly like human speakers in the political realm —- represents a radical change in the law. The court’s decision is at war with the views of generations of Americans…”

Justice Anthony Kennedy, voting with the majority, attempted to reassure skeptics, arguing that transparency and disclosure would let citizens “see whether elected officials are ‘in the pocket’ of so-called moneyed interests.”

But since then, of course, untraceable donations are on the rise. We now have literally hundreds of millions of secret dollars washing into the US political process.

As Justice Stevens put it so well,

“Corruption can take many forms. Bribery may be the paradigm case. But the difference between selling a vote and selling access is a matter of degree, not kind. And selling access is not qualitatively different from giving special preference to those who spent money on one’s behalf. Corruption operates along a spectrum, and the majority’s apparent belief that quid pro quo arrangements can be neatly demarcated from other improper influences does not accord with the theory or reality of politics.”

Five months after writing that, Stevens, a Republican who had been appointed to the Court in 1975 by President Ford, retired from the bench at the age of 90.

The amount of completely or partially undisclosed money, often described as “dark money” spent by outside organizations in the 2014 elections is estimated to have been over $200 million, according to public records analyzed by the respected Center for Responsive Politics in Washington.

For years, the United States has already had the longest and most expensive presidential elections on Planet Earth.