'There are murderers among us': Anti-abortion Texas pastor shames rape victims as worse than Hitler 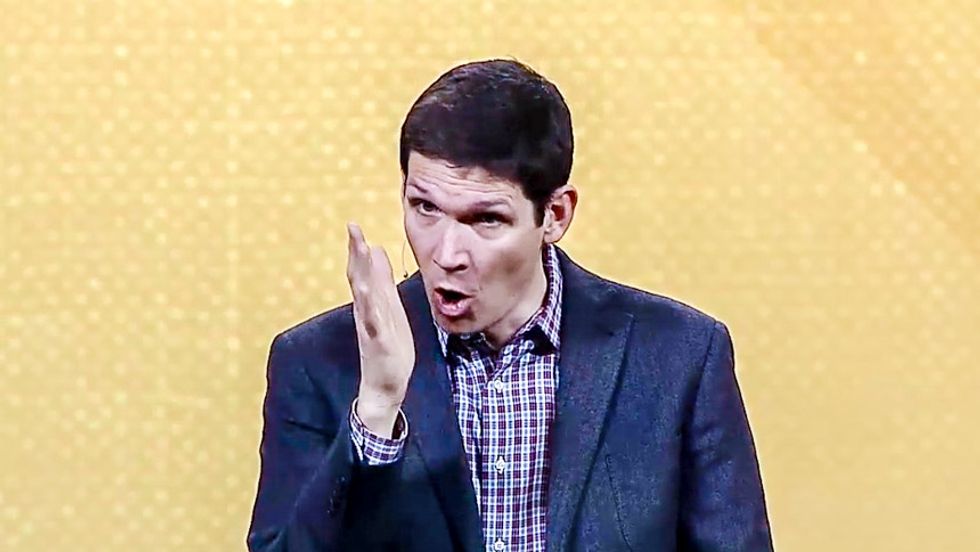 Megachurch Pastor Matt Chandler told his congregation recently that some of them were murderers, and that the United States had made Adolf Hitler "look angelic" due to legalized abortion.

"I need to tell everyone in this room that abortion is murder," Chandler said at the beginning of his sermon at The Village Church late last month. "And it's a Holocaust like the world has yet to see."

"Just to put it into perspective, Stalin was guilty of murdering 40 million of his own countrymen; Hitler, 30 million human beings. And the United State' Roe v. Wade -- not globally, but the United States -- has blown past both of those brother and made them look angelic because we have slaughtered, wholesale 55 million little boys and little girls."

Chandler insisted that he was "no fool" because he knew that some in that very church had participated in abortions.

According to Chandler, both "personhood and soul are present and being formed immediately upon conception. So, the termination of pregnancy for convenience or really any other reason... is murder."

He agreed that rape "is real and it is horrific," but that women who became pregnant after a sexual assault should have the child because "it is still murder."

"Ultimately, this isn't about women's rights at all," the pastor continued. "This is about the exaltation of the autonomous self, and life in a throwaway culture."

Watch the video below from The Village Church.

Prayer (Part 4) - The Sanctity of Human Life from The Village Church on Vimeo.

On Friday, POLITICO reported that Authentic, a Democratic consulting firm that provides digital work and donor list acquisition, is dumping Arizona Sen. Kyrsten Sinema as a client following her announcement she would be leaving the Democratic Party and working as an independent.

"Authentic has represented Sinema for years. But the firm saw an internal revolt over its work for the senator earlier this year as she voted against several of the Biden administration’s initiatives and refused to support revamping filibuster rules to move legislation on voting rights," reported Hailey Fuchs. "One employee wrote in a union message that the person felt that they were 'doing the devil’s work.' Employees were told they could be removed from the account if they did not feel comfortable."