Larry Wilmore rips Fox and CNN for ‘thug’ debate: ‘Here’s an N-word’ for you — ‘news’ 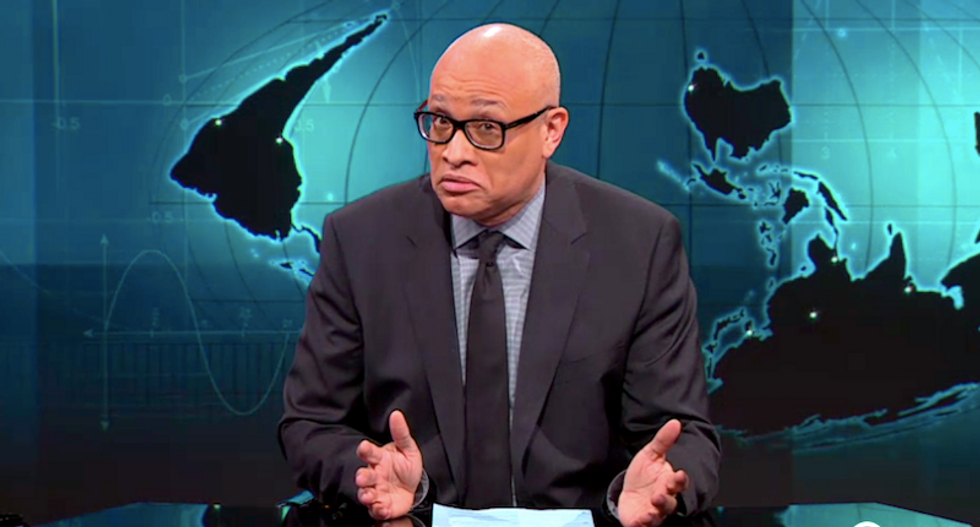 Larry Wilmore ripped cable news debates questioning whether the word “thug” is used in place of a notorious racial slur.

The talk show host discussed media coverage of the ongoing unrest in Baltimore, and he said news commentators had seemed to “fall in love” with using the word “thug” to describe demonstrators.

Wilmore aired a video montage of the word’s copious use during coverage of the Baltimore riots – including its use by the president.

He agreed with Baltimore Councilman Carl Stokes, who told CNN’s Erin Burnett that commentators might as well just call the rioters “n****rs.”

“The last time a black guy shut down a white lady on national TV like that, Kanye had to go into hiding for a year,” Wilmore said.

He showed video footage of cable news pundits debating whether the word had become an acceptable racial slur – as Seattle Seahawks cornerback Richard Sherman pointed out more than a year ago.

“Hey, cable, here’s an N-word you should familiarize yourself with – news,” Wilmore said.