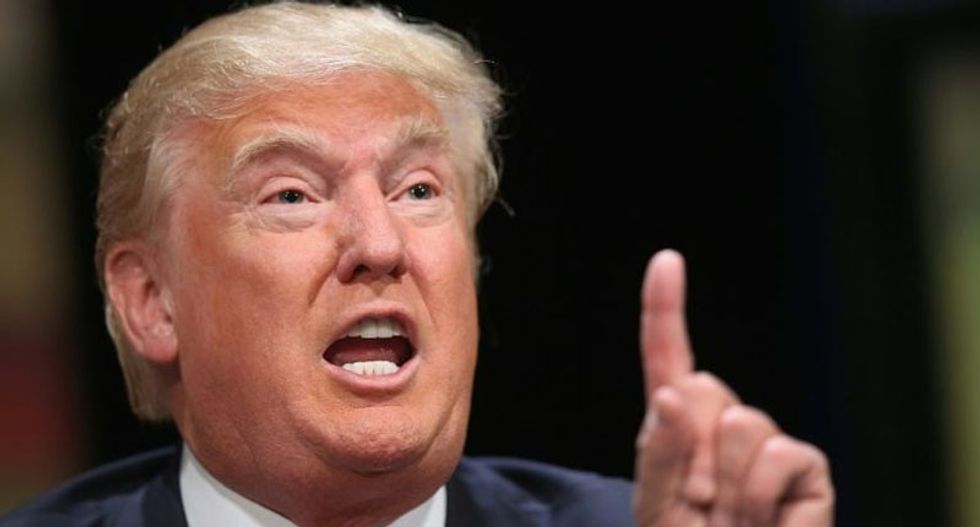 In one corner: Donald Trump, the mud-slinging mogul with a complicated hairdo and a flair for the dramatic. In the other: Nine other U.S. Republican presidential hopefuls who wish Trump wasn't standing among them.

That's the unfolding scenario for the Republicans' first televised debate in Cleveland on Aug. 6.

Several campaign officials said privately they were counting on Fox News, the host for the debate, to make sure Trump does not dominate the event entirely by answering questions posed to other candidates or interrupting their answers.

“All candidates will be treated equally and fairly,” said Michael Clemente, the executive vice president of news for Fox News.

The debate carries an extra air of unpredictability since it will be the first time the 10 Republican candidates who are polling the highest in the 16-candidate field are in the same room together.

Given Trump's trash-talking ways and eye for the spotlight, his rivals from Jeb Bush to Scott Walker to Ben Carson are strategizing on how best to get their points across and not let the debate degenerate into a carnival-barking sideshow.

With six months to go until Iowa holds the first Republican Party nominating contest on the road to the November 2016 election, several campaigns said they would focus on making a favorable impression on voters, rather than tangling with Trump.

"Treat him like any other candidate," said Ron Kaufman, who was a senior adviser to 2012 Republican nominee Mitt Romney and who now supports Bush.

That may prove challenging, given Trump's headline-grabbing antics in the more than five weeks since he declared his candidacy. The debate could go off the rails if Trump revels in his poll numbers and tries to torment his competitors.

Trump has launched a series of personal attacks on rivals for the Republican nomination. He mocked former Texas governor Rick Perry, saying he wore new glasses so that people would think he was smart, described Senator Lindsey Graham as an "idiot" who wouldn't be able to get a job in the private sector, and said former Florida governor Jeb Bush was "terrible." He even read out Graham's cell phone number at a campaign rally.

Despite -- or because of -- his unprecedented actions, Trump remains effectively tied with Bush for the lead with 16 percent of the vote, according to a Reuters/Ipsos tracking poll updated on Thursday.

'You play your own game'

"Trump or no Trump, we are approaching this sort of like a sporting event: You play your own game," said Doug Watts, spokesman for candidate Ben Carson, who is currently hovering around fifth place in many polls.

Another candidate likely to take part, former Arkansas Governor Mike Huckabee, will "focus on his record and showing a contrast between him and the other candidates," said Huckabee spokeswoman Alice Stewart.

Fox News has yet to release the format and ground rules for the two-hour debate. In past years front-runners have held a central position on stage and received a greater share of questions and speaking time.

Fox anchors Chris Wallace, Bret Baier and Megyn Kelly will moderate the debate. All three showed a willingness to challenge Republican candidates and impose time limits during debates in the 2012 election campaign.

Fox News declined to make any of the three moderators available for an interview. The Republican National Committee had no say over the format, according to one committee member who spoke on condition of anonymity.

One source said it had been suggested to Fox executives that they require a commitment from each candidate not to run as an independent. This was seen as an effort to keep Trump off the stage since he has not ruled out an independent bid. The suggestion did not gain traction.

Who will put him in his place if necessary?

Several officials said Bush, the establishment favorite, has the most leeway to take on Trump.

Bush is trying to appeal to the broadest cross-section of Republicans and draw in Hispanics and African Americans while Trump has aimed his message at a small section of conservatives with his strident rhetoric against illegal immigration.

The Bush camp said Bush will play up his record as a two-term governor of Florida.

"I don’t think you overthink it. You prepare, you show strength and focus on your message and your own record," said a senior Bush adviser. "Anybody who can predict what Trump is going to do is probably in the wrong business."

Another view is that candidates who are not polling so well might have more incentive to be harsh with Trump to try to get some attention and increase their visibility. Perry described Trump as a "cancer on conservatism" in a Washington speech on Wednesday but Perry is struggling to make the top 10.

Several Republican strategists said Walker and Texas Senator Ted Cruz have the most to lose by taking on Trump since they are courting many of the same conservative voters who have responded to Trump's anti-immigrant rhetoric.

In this line of thinking, they could go easy on Trump and let others take him on and hope that, if and when Trump falters, they can pick up his supporters by tapping into their frustration with Washington.

"If others want to attack Donald Trump, they can do it. I ain’t gonna do it. I am going to sing the praises of every Republican in this field and I’m going to focus on the issues the American people care about," Cruz told Fox News on Thursday.

And Trump's debate strategy? The candidate has yet to say.