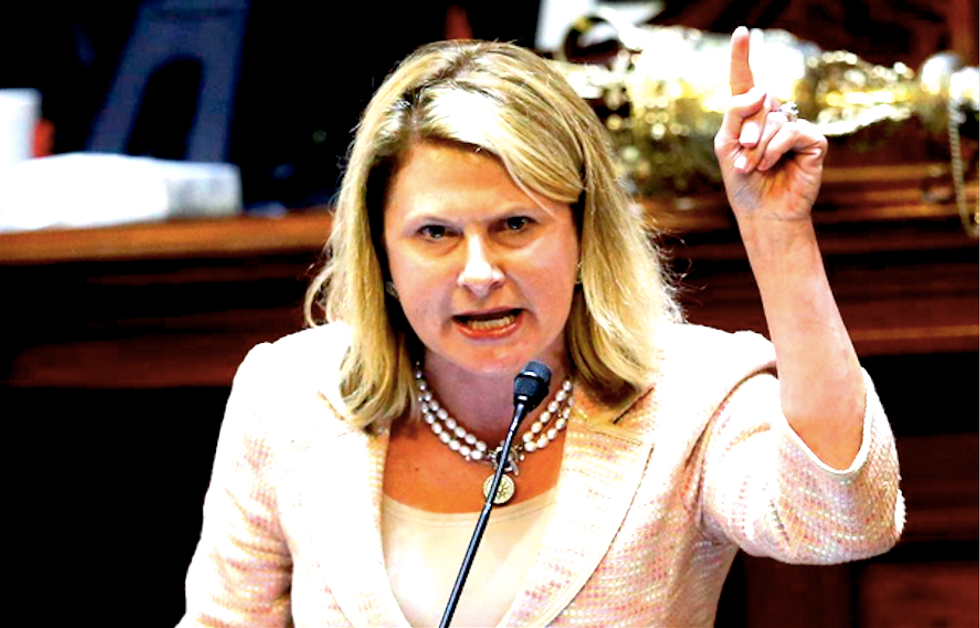 South Carolina Republican state Rep. Jenny Horne gave an impassioned, moving speech urging state Republicans to renounce their support for the Confederate Battle Flag. The flag currently flies on the grounds of the state capitol, even after the racially-motivated murder of nine black parishioners at a historically black Charleston church last month.

The New York Times reported that Horne made the remarks during a special hearing of the state legislature to debate an amendment that would raise a white flag of surrender if Republicans are forced to take down the capitol's Confederate "stars and bars" flag.

"For the widow of Sen. (Clementa) Pinckney and his two young daughters, that would be adding insult to injury, and I will not be a part of it," said Horne of the proposed legislation. "If we amend this bill, we are telling the people of Charleston, we don't care about you."

Watch the speech, embedded below: