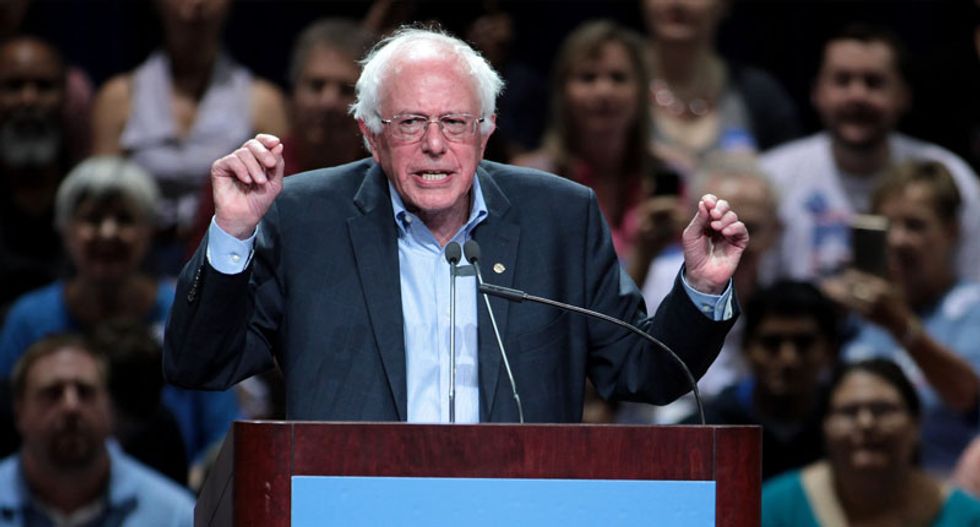 What does socialism mean in America? Some recent events suggest we haven’t a clue.

Last Thursday, political commentator Chris Matthews asked Debbie Wasserman Schultz, the Democratic National Committee chair, what distinguished “a Democrat like Hillary Clinton from a socialist like Bernie Sanders”. She stumbled and obfuscated, eventually blurting out that the really important differences were between Democrats and Republicans. The S-word was not something she wanted to discuss.

Predictably, the right wing’s all-caps brigade jumped on the occasion: the incident proved there was no difference between Democrats and socialists, and dammit, they were right all along to warn us about Obama’s socialist ways.

On the other side, Matthews – a centrist Democrat – later opined that Schultz was being cannily evasive. She was, he said, trying her hardest not to offend Sanders supporters, whom she will later ask to vote for the nominee.

But should we consider the possibility that Schultz genuinely didn’t know how to answer the question, and the further likelihood that she is not alone in her confusion?

What makes Sanders’s socialist candidacy so remarkable is that it’s been decades since the term has functioned as anything other than abuse. Perhaps bravely, Sanders still takes pride in that political label, and repeated in interviews last week that he is a “democratic socialist”.

Judging him by his stated policies and public positions, socialism Sanders-style has a mild, Nordic flavor: capitalism will go on on but with more stringent regulation, higher taxes will be introduced, and greater responsiveness to democratically elected governments will be sought. His 12-point plan envisions building infrastructure, ensuring equal pay for women, making it easier to create worker cooperatives, introducing a carbon tax and reducing the cost of college.

Maria Svart, the national director of the Democratic Socialists of America, rightly notes that in other political cultures, or in conversations on the left, this wouldn’t be called socialism at all, but social democracy. In short, it amounts to Europe (or an image of its recent past) in America.

Last week, I went to the largest of the Sanders events in Portland, Oregon – just one small part of a simultaneous nationwide rally. Gatherings were held in bars, halls and backyards and altogether, the events drew over 100,000 people. When I showed up at the cavernous community center, there were over 500 people there – all drinking craft beer, talking politics and watching the live broadcast of the senator’s speech.

Granted, crunchy Portland is deep in Sanders’s heartland. Nevertheless, it was notable that no one I talked to had the least misgivings about Sanders calling himself a socialist; almost all were happy to identify with the term. Few were doctrinaire, many differed in the details of what socialism actually means, but almost all were attracted to Sanders as someone whose policies might alleviate the everyday suffering of those not part of the country’s tiny wealthy elite.

Blake and Chris attended together after a campaign donation put them on the email list. They’re not full-time activists, but they’re “engaged as citizens”. Blake agrees that the word “socialist” has become a dirty word in the public sphere. But for him, it’s just a synonym for a range of policies that are simply humane. These include “improving educational outcomes for people. Not making people so dependent on student loans. Lifting up the middle class as well as those who are not the 1%. The fact that people brand that as socialism and therefore a bad thing is ludicrous.”

Chris thinks that the word has been polluted by endless fear campaigns. To the right, he says: “Don’t make a good idea sound crazy just because your bad idea wants to marginalize so many people.”

For another Portland couple, Sara Zito and Steve Wilkinson, Sanders’s socialism is a creed that might not only help the left, but the entire political system. Steve says that “the wealth gap is the most important thing that shapes politics. He’s talking about it and he’s naming names.”

If the money flowing through politics is tightened up, “we might even get some good Republicans again”. In the event that this happened, he says he might even consider voting for them. Sanders socialism, for him, is a means to an end.

It’s also personal. When his father was dying of cancer, he tells he, he “lost his home, everything, because his health insurance didn’t cover enough of the treatment he had to have. That doesn’t seem right. That should be an entitlement.”

All the people I talked to seem to understand Sanders’s socialism as a way to reintroduce a simple modicum of humanity into an economic system that has no real cushion those who suffer ill health or simple bad luck. For these voters, it’s also important that Sanders has hewn closely to a few stated principles for a very long time – a rare quality. For Blake, he is the only one who “puts the people first”.

Like Trump on the Republican side, his current support may derive from the fact his own party’s frontrunner does not appear to be able to lie straight in bed. And like Jeremy Corbyn in the UK , he has been around long enough for his ideas to pass through a period of being old-fashioned, only to return in a period where centrist pragmatism is running out of believers.

Sanders will, in all likelihood, lose the nomination. But by gathering people together who believe, as Svart puts it, that “the world doesn’t have to be the way it is”, he may be building something that has a far longer life than his presidential tilt.