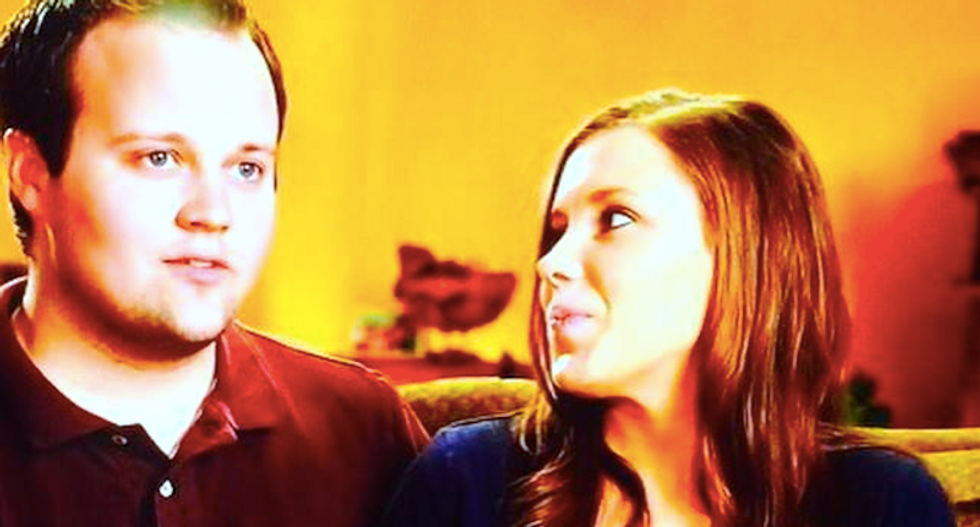 Anna Duggar won't likely leave her husband despite his admitted cheating and will instead blame herself, according to a new report.

Josh Duggar, the former reality TV star and anti-LGBT activist, admitted Thursday to an addiction to pornography and infidelity after reports revealed he paid for two accounts on the adultery website Ashley Madison.

This comes three months after revelations that he molested four of his sisters and a family friend as they slept more than a decade ago, when he was a teenager.

A source told People magazine that Anna Duggar, who gave birth last month to the couple's fourth child, would likely "absorb some of the blame" for her husband's cheating.

"Anna will not leave him," the source said. "As with her in-laws, she is turning more to her faith than ever. She and Josh are probably praying around the clock right now, I would assume."

Dan Savage: People deserve privacy online — but Josh Duggar is a ‘legitimate target for an outing’

The 27-year-old Josh Duggar blamed Satan for building a "fortress" in his heart -- but that statement, along with several others, was edited out of the confession he posted on the family's website in the hours after it was originally released.

The source, who claims knowledge of the Duggar family, told People that Anna Duggar, also 27, would likely feel pressure from her in-laws, Jim Bob and Michelle Duggar, to shoulder some of the blame for her husband's recent disgrace.

"Maybe not publicly, ever, but privately, there will be some suggestion of whether or not she should have been more aware of the pressures Josh was under, of the issues he was facing, and how she could have better counseled him or helped him," the source said.

Her mother-in-law, Michelle Duggar, advises married women to have sex with their husband whenever he wants.

"Be available," the 49-year-old said in an interview last year. "Anyone can fix him lunch, but only one person can meet that physical need of love that he has. You always need to be available when he calls."

The family's popular reality TV show, "19 Kids and Counting," was dropped by TLC in the wake of the molestation scandal, but the Duggars have been desperately trying to return to television in some way, according to reports.

That appears even less likely now.

The source said Jim Bob and Michelle Duggar, who are part of the patriarchal Quiverfull religious movement, would be determined to make sure their son and daughter-in-law remained married.

"As for Josh, in this moment, I would assume he feels like his life is ruined," the source said. "It will be such a steep and practically impossible climb to come back from this."