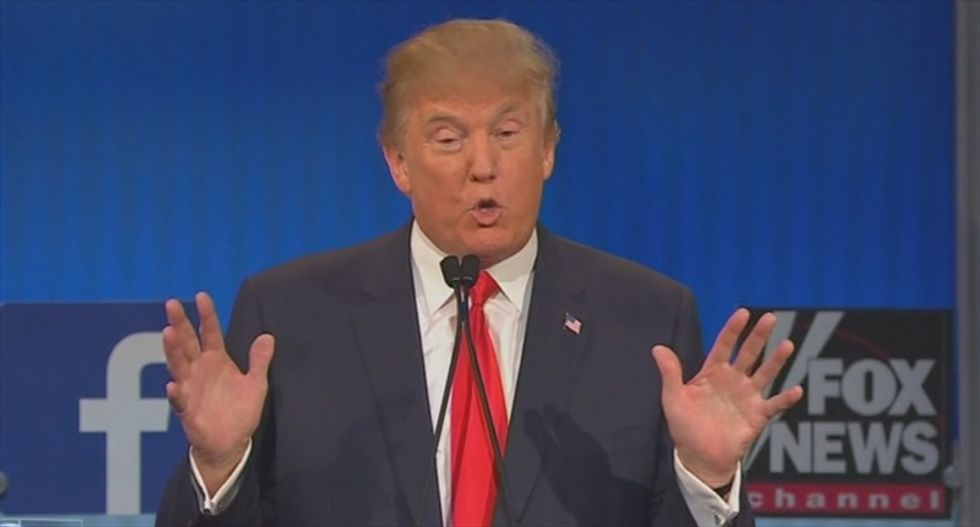 GOP presidential front-runner Donald Trump drew some cheers, but also some loud boos, when he would not commit on Thursday to ruling out a third-party run should he not become the Republican presidential nominee.

"I cannot say I have to respect the person that -- if it's not me -- the person that wins," he told host Bret Bauer. "If I do win, and I'm leading by quite a bit, that's what I wanna do. I can totally make that pledge if I'm the nominee."

Trump was the only one of the 10 candidates in the debate who raised his hand when Bauer asked anyone unwilling to back another candidate should do so. He was quickly attacked by Kentucky Sen. Rand Paul.

"This is what's wrong," Paul said. "He buys and sells politicians of all stripes. He's already hedging his bet on the Clintons, OK? So if he doesn't run as a Republican, maybe he supports Clinton, or maybe he runs as an independent."

"Well, I've given him plenty of money," Trump shot back, pointing toward Paul.

Watch the exchange, as posted online on Thursday, below.