'N*****s are on the prowl': Black trucker organizing flag rally is just as racist as his Confederate buddies 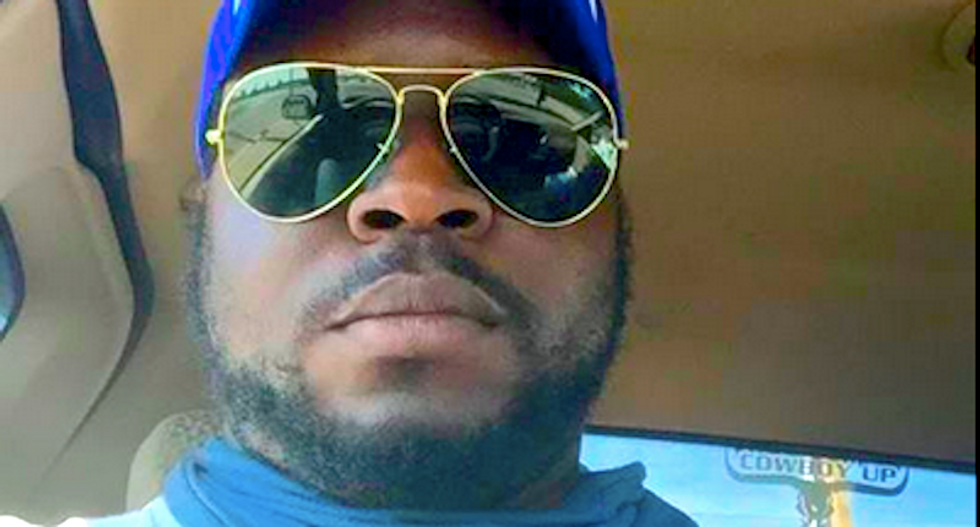 A black Confederate flag supporter from South Carolina is planning a rally in his adopted home in Minnesota -- where he hopes black residents who oppose the flag as a racist symbol will come to respect him for standing up for his beliefs.

“I’m a son of the South,” said Johnson, who flies an American and Confederate flag from the bed of his pickup truck. “We’ve gotten a little too divided in America, and we should focus on being Americans. For example, in Britain there are people of different colors, but they’re all British. In Mexico, they have people of different shades, and if you live in that country you’re considered Mexican.”

He expects pushback next month at his planned Confederate flag rally, which is expected to draw an "intimate" crowd of about 25 supporters.

“If any African-American shows up and opposes, that’s their right,” Johnson said. “We can all talk -- air it all out. At the end of the day, hopefully they’ll say, ‘I respectfully disagree with you, but I can admire you for standing up for what you feel is right.’”

Johnson, who claims ancestors who fought in the Civil War -- although he's not sure which side -- uses racist and sexist slurs in posts to his Facebook page about black criminals, Islamic terrorists and "cunt" elected officials who called for the removal of Confederate symbols from government buildings.

However, he insists that his group would not use racist language during the rally and treat opponents with respect.

“Here’s the deal, the people I’ve met up here who support the flag are not people who are committing acts of hate,” Johnson told the newspaper. “No flag has ever come off a pole and done anything to anyone. Where people are ultra-sensitive about the flag, I can understand their point.”

Johnson found it easy to ignore the white supremacist origins of the Confederate States of America, whose founding documents refer at least 80 times to the enslavement of blacks as the primary motivation for the Civil War.

“I feel that the Civil War is a war between the North and the South based upon what was going on in that time,” Johnson said.

“Slavery still exists in America unfortunately," Johnson continued. "It doesn’t exist in the form of a plantation and a master yelling at you and cracking a whip on your back. My opinion is slavery exists in poverty, in minimum wage, in illiteracy, and the civil rights organizations should be focusing on advancing people in those areas instead of attacking a symbol.”