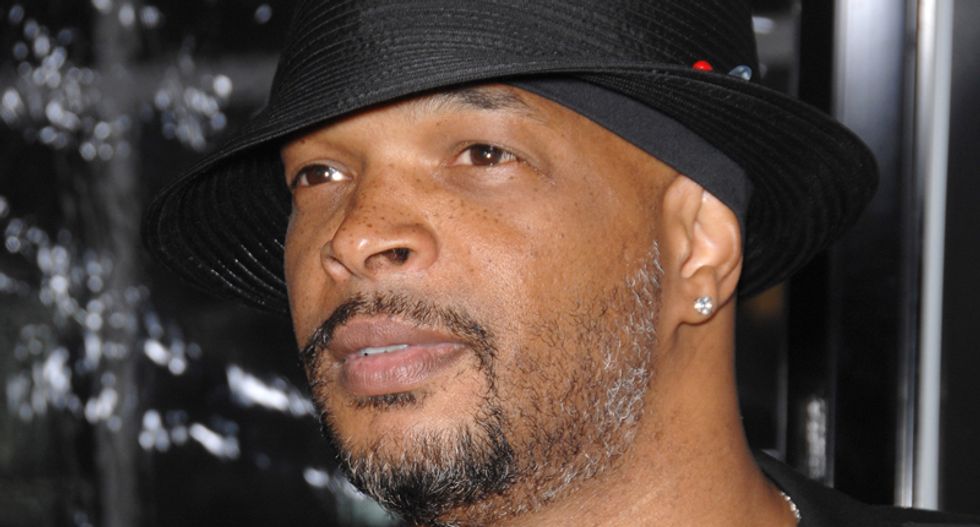 During an interview on radio program The Breakfast Club, comedian Damon Wayans stunned host Angela Yee with a full-throated defense of embattled comedian Bill Cosby, calling the women who allege he sexually assaulted them "bitches" and claiming many of them were "un-rape-able."

As reported by Gossip Cop, the creator of the popular  In Living Color was asked by Yee what advice he would give to Cosby who faces rape and sexual molestation accusations from close to 50 women.

“If I was him, I would divorce my wife, wink wink, give her all my money, and then I would go to a deposition, I’d light one of them three-hour cigars, I’d have me some wine, and maybe a Quaalude, and I would just go off, because I don’t believe he was raping,” Wayans said.

“I think he was in relationships with all of them, and then he’s like, ‘You know what, it’s 78, I can’t get it up for any of y’all, bye bitches,'" he continued. "And now they’re like, ‘Oh, really? Rape.’ Forty years — listen, how big is his penis that it gives you amnesia for 40 years?”

Despite the fact that Yee pointed out that many of the woman had come forward years ago, Wayans continued on.

“But if you listen to them talk, they go, ‘Well, the first time.’ The first time?!” Wayans attempted to explain.“Bitch, how many times did it happen? Just listen to what they’re saying.”

“And some of them, really, is un-rape-able. I look at them and go, ‘No, he don’t want that. Get outta here!'” He later added, “Look, I understand fame. I’ve lived it. Women will throw themselves at you. They just want to be in your presence. There’s some that innocently will come up there, but not 40-something women. They’re not that naïve.”

Wayans later backtracked, saying of some of the some of the women who claim they were sexually assaulted, “And for them, my heart goes out to them. For anybody who was raped by Bill Cosby, I’m sorry, and I hope you get justice,” however he wasn't done attacking, once again calling women "bitches" and wondering why Cosby would rape a drugged woman, saying: “What’s the joy of banging someone that’s asleep?”

Watch video of Wayan's interview below. Discussion of Cosby begin at around the 25th minute: