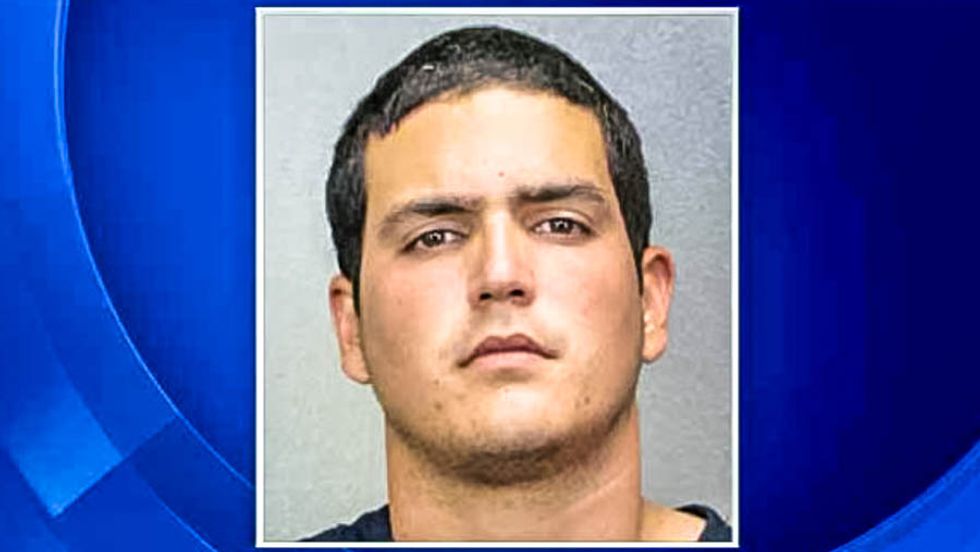 Fidel Lopez is accused of murdering his girlfriend (CBS Miami)

A Florida man was charged with murder over the weekend after he admitted that he disemboweled his girlfriend because she blurted out her ex-husband's name while they were having sex.

Sunrise police responded to a 911 from Fidel Lopez at around 3:39 a.m. on Sunday and found his girlfriend Maria Nemeth's naked body on the floor, the Sun Sentinel reported.

An arrest report said that blood and tissue were found scattered throughout the couple's apartment, and blood was smeared on the walls. The bathroom door had been ripped off the hinges. Police also found a bottle of tequila and cut limes in the kitchen.

See: 2 children imprisoned nightly for more than a year by parents were subjected to ‘deplorable conditions’

Neighbors told officers that loud noise could be heard coming from the home for several hours.

During initial questioning, Lopez claimed that the two were having rough sex when Nemeth went into the bathroom, vomited and then died.

Lopez later admitted that he had become a "monster" when Nemeth twice uttered her ex-husband's name during sex. He said that he had inserted a beer bottle and a curling iron in Nemeth's vagina and anus. Lopez suggested that she had been too intoxicated to resist, according to WFOR.

He said that he then inserted both fists, before putting his arm in her up the elbow and ripping out intestinal matter. Lopez told authorities that he had a cigarette after disemboweling Nemeth, and after he finished it she had stopped breathing.