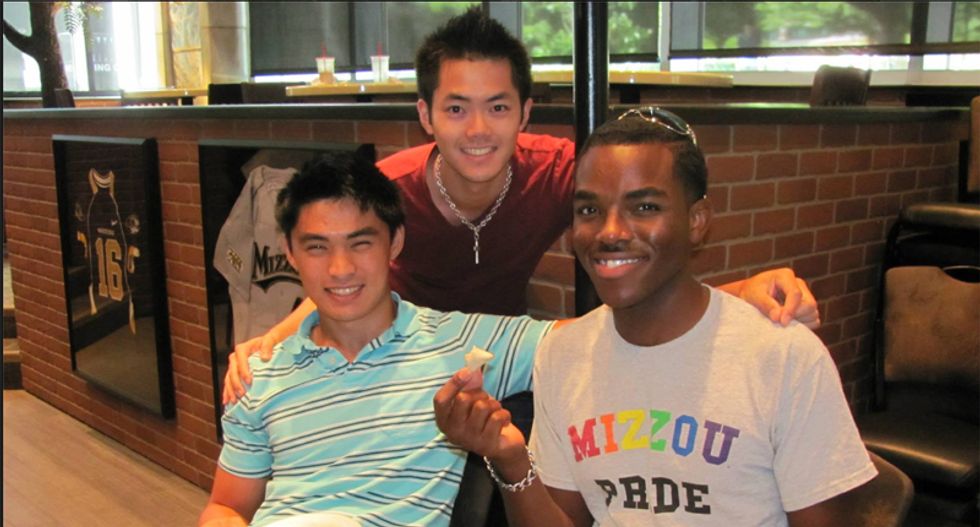 After having the N-word screamed at him from the back of a pick-up truck on the University of Missouri campus, the Student Association president wrote an impassioned Facebook post detailing life at the midwestern school for students who aren't straight and white.

According to the Columbia Missourian, MSA president Payton Head said he was walking near fraternity row Friday night with a friend when he was accosted.

"Some guys in the back of a pickup just started yelling the 'N-word' at me," Head said by way of explaining a Facebook post he wrote later out of frustration.

"I just want to say how extremely hurt and disappointed I am. Last night as I walking through campus, some guys riding on the back of a pickup truck decided that it would be okay to continuously scream NIGGER at me," Head wrote. "I really just want to know why my simple existence is such a threat to society. For those of you who wonder why I’m always talking about the importance of inclusion and respect, it’s because I’ve experienced moments like this multiple times at THIS university, making me not feel included here."

More than a year ago, the same campus rallied around star football player Michael Sam after he came out as gay prior to the NFL draft.

According to Head, that is not always the case on a campus where there is still an undercurrent of racism, transphobia, and homophobia.

"Many of you are so privileged that you’ll never know what it feels like to be a hijab-wearing Muslim woman and be called a terrorist or a towel head. You don’t have to think about being transgender and worrying about finding a restroom where you can go and not be targeted for violence because you don’t fit into the gender binary. You’ll never know what it feels like to see Memorial Union every day and enter the side like a second class citizen because after 90 years, there’s still no accessible way to enter the tower. You’ve never been spit on walking down 9th street or mis-gendered at Pizza Tree because they called out your birth name," he wrote. "You’ve never had to experience people throwing drinks on you and yelling FAGGOT at you from the patio at Big 12 as you walk past on the street holding hands with your partner. You might never had to think twice about what you’re wearing walking around campus at night so that someone won’t think it’s okay to take ownership of your body because your outfit was 'asking for it.'"

Responding to his post, MU Vice Chancellor of Student Affairs, Cathy Scroggs, wrote on Head's Facebook page: "Payton is a profile in courage."