The US government is deporting Central American migrants to their deaths 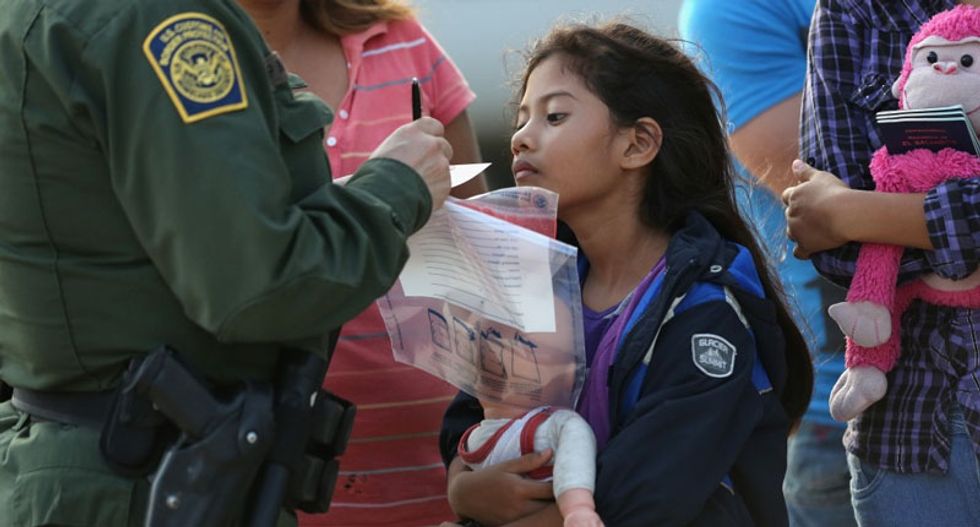 The US government is deporting undocumented immigrants back to Central America to face the imminent threat of violence, with several individuals being murdered just days or months after their return, a Guardian investigation has found.

The Guardian has confirmed three separate cases of Honduran men who have been gunned down shortly after being deported by the US government. Each was murdered in their hometowns, soon after their return – one just a few days after he was expelled from the US.

Immigration experts believe that the Guardian’s findings represent just the tip of the iceberg. A forthcoming academic study based on local newspaper reports has identified as many as 83 US deportees who have been murdered on their return to El Salvador, Guatemala and Honduras since January 2014.

Related: The migrants who fled violence for the US only to be sent back to their deaths

Human rights groups warn that deterrent measures taken by the Obama administration after last year’s “surge” in arrivals at the border of unaccompanied children from Central America have triggered a series of powerful unintended consequences across the region.

The number of migrants crossing the US border with Mexico unlawfully has declined sharply this year. But the increasingly militarized surveillance and patrol of the southern frontier has forced migrants to take ever greater risks in the routes they choose. And although fewer people are attempting to enter from Mexico, the death rate among those trying has gone up, activists say.

Side effects of the crackdown can also be seen in Mexico, where authorities have also stepped up security across the across the south of the country.

This has caused migrants to make lengthy detours, making journeys to ever more remote and perilous routes where they face a heightened risk of robbery, rape, abduction and death.

Human rights experts warn that in its haste to expel or deter undocumented immigrants, the US government is scrimping on its obligation to provide asylum to those genuinely in peril in violation of international law.

The collateral damage of America’s increasingly unforgiving deportation process is that people are being returned to extremely dangerous situations in Central America, which has some of the highest murder rates in the world .

Based on reporting from northern Honduras and freedom of information requests in the US, the Guardian has compiled the stories of three young Honduran men who were all killed soon after deportation. Two of them had originally fled to the US after their brothers were violently attacked by gangs, one of them fatally.

José Marvin Martínez was 16 when he fled from the town of San Manuel in the north of Honduras to the US. A few months earlier his brother Rigoberto had been shot and killed by suspected gang members, relatives said.

Deportation papers obtained under freedom of information rules show that Martínez was apprehended in Laredo, Texas in May 2013 having worked for a while as a masons’ assistant in Houston. A border patrol agent had come across him in a Dairy Ranch store.

In April 2014 he was ordered to appear before an immigration review court but failed to show. He was then issued with a deportation notice and was eventually tracked down and sent back to Honduras in August of that year.

On 14 December – four months after he was deported – Martínez, who was known locally as El Chele or “Blondie”, was sitting outside a corner shop back in San Manuel when a gunman opened fire from a drive-by truck, killing him. “If a deportee can’t find a place to feel safe, surely he’ll be killed,” said Jaime Coto, a Honduran detective.

Another of the cases tracked down by the Guardian was that of Ángel Díaz, 26, who was sent away to the US by his father after his brother was kidnapped by a Honduran gang and beaten almost to death. In April this year Díaz was arrested by police following a domestic dispute and – with no visa papers to show – was sent directly to a detention center for deportees.

He was removed to Honduras in July. Days later was shot dead on a local bus, it is assumed by local gang members.

In the third case, Juan Francisco Díaz was deported back to his hometown Choloma in Honduras in March, having lived under the radar in the US for three years. Four months after deportation he was found lying dead in an alleyway in his parents’ neighborhood.

Elizabeth Kennedy, a social scientist at San Diego state university, has compiled a comprehensive estimate of US deportees who have been murdered on their return to Central America since January 2014 based on local newspaper reports. Her forthcoming research identified 45 such cases in El Salvador, three in Guatemala and 35 in Honduras.

Government officials told the Guardian that they could not comment on individual cases. But a Department of Homeland Security spokesman, SY Lee, said that the US offers protection for those who fear harm in their home countries through a variety of channels. “Each year, thousands are admitted to this country as part of the overseas refugee program or granted asylum by the DHS or by the Department of Justice.”

Lee pointed out that criminal activity back home was not sufficient grounds to claim asylum, unless it were connected to five specific grounds for fear of harm - race, religion, nationality, membership of a particular social group, or political opinion. Those facing deportation – including expedited removal – “are permitted the opportunity to seek asylum and/or other forms of protection”.

The reality that undocumented immigrants are being returned to danger in Central America stands in stark contrast to the heightened rhetoric around migration in the US – stoked in part by Republican presidential hopefuls. Led by Donald Trump, the contestants have focused almost exclusively on the need to evict more “illegal immigrants” – Trump wants to deport all 11 million of them – or to build a wall all along the Mexican border.

But the statistics paint a very different picture. According to the latest figures from US Customs and Border Protection (CBP) the number of unaccompanied children apprehended at the Southwest border so far this year is steeply down from the high of 66,000 in last summer’s surge.

Clara Long, an immigration researcher for Human Rights Watch, said that in the wake of the 2014 surge there had been a “generalized crackdown” across the immigration service. “Detention has been expanded and people are increasingly being put into fast-track deportation procedures in which their claims for asylum are not being properly considered.”

A recent Human Rights Watch report concluded that the increasing use of so-called “expedited removals” of people picked up by US officials along the Mexican border was returning many to potential danger even though they had expressed fears of returning home. “This comes down to our regard for the dignity and lives of others,” Long said. “Part of the identity of the US is that we adhere to international law, and that says that when people flee for their lives, states are obligated to provide them with protection. We are putting people through an increasingly criminalized detention-based system that risks returning people to their deaths.”

Mexican authorities are also returning migrants in immediate danger, the Guardian has found. Gredis Alexander Hernández fled Honduras with his sister after witnessing the murder of her boyfriend. Fearing for their own lives, the two siblings crossed into Guatemala heading for the US, but were apprehended as they tried to enter Mexico.

Two days after they were returned to their home town, Hernández was shot twice in the head while he lay in his bed. He was 14 years old.

Human rights groups contest that, as architects of the crackdown, the US government must share some of the responsibility for such tragedies.

As Maureen Meyer of the Washington Office of Latin America put it: “The Obama administration has found a way to hide the so-called crisis of Central American migrants at the border. But at what cost?”

Additional reporting by Jo Tuckman in Ixtepec and Rory Carroll in Altar.

On Tuesday: How mexico’s crackdown has forced migrants into danger.