Ben Carson: I’m not saying it’s aliens — but scientists are totally wrong about the pyramids 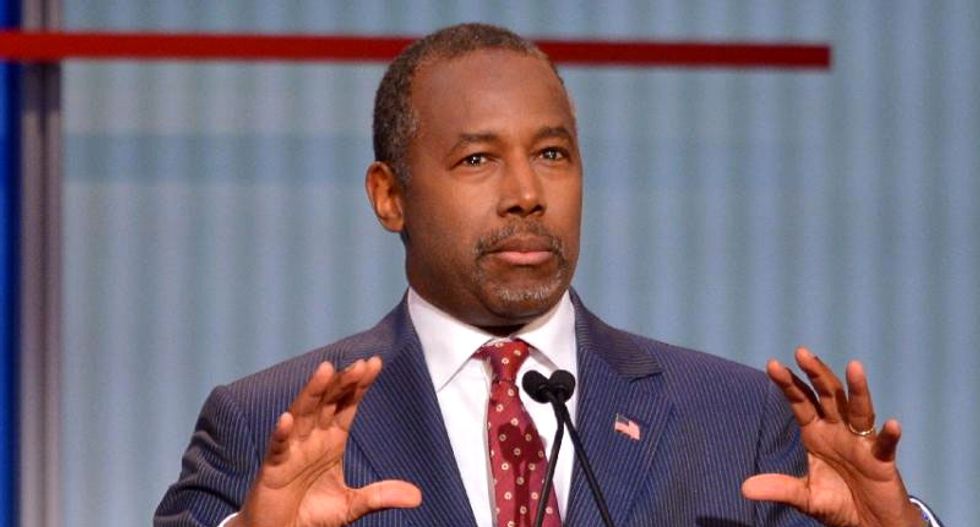 Egypt’s pyramids were built by the biblical Joseph to store grain and were not, as archaeologists believe, tombs for pharaohs, Republican presidential hopeful Ben Carson has said.

Related: Your choices for president: an android, a creationist neurosurgeon or a postcoital cat | Frankie Boyle

The retired neurosurgeon, who is seeking his party’s nomination for the White House, made these remarks in a 1998 address at Andrews University, a school associated with the Seventh-day Adventist Church, to which he belongs, in a video posted on Buzzfeed on Wednesday.

The church is a conservative evangelical Christian one.

“My own personal theory is that Joseph built the pyramids to store grain,” Carson – who last week overtook Republican rival Donald Trump for the first time in a national poll – told graduates in his address.

“Now all the archeologists think that they were made for the pharaohs’ graves. But, you know, it would have to be something awfully big if you stop and think about it.

“And I don’t think it’d just disappear over the course of time to store that much grain.”

Speaking to MSNBC’s Morning Joe on Thursday, rival Republican candidate Donald Trump said: “He’s informed me about the pyramids. I think I’ll have to put that in my repertoire about Ben. That was a strange deal.”

In his 1998 address, Carson said: “And when you look at the way that the pyramids are made, with many chambers that are hermetically sealed, they’d have to be that way for various reasons.

“And various of scientists have said, ‘Well, you know there were alien beings that came down and they have special knowledge and that’s how, you know, it doesn’t require an alien being when God is with you’.”

In the old testament book of Genesis, Joseph, one of the 12 sons of Jacob, was said to have “stored up grain in great abundance like the sand of the sea, until he stopped measuring it, for it was beyond measure”.

After seven years of plenty, the story in Genesis says, Egypt suffered seven years of famine, during which Joseph was able to feed the people with the grain he had stored.

Carson has spoken often about his faith, saying recently of his critics: “They say, ‘Carson, you know, how can you be a surgeon, a neurosurgeon, and believe that God created the Earth, and not believe in evolution, which is the basis of all knowledge and all science?’ …

“But I do believe God created us, and I did just fine … And in fact, the more you know about God, and the deeper your relationship with God, I think the more intricate becomes your knowledge of the way things work, including the human body.”

Agence France-Presse contributed to this report.