Bernie Sanders: World is paying the price today for the 'tough, but stupid' policies of Cheney and Bush 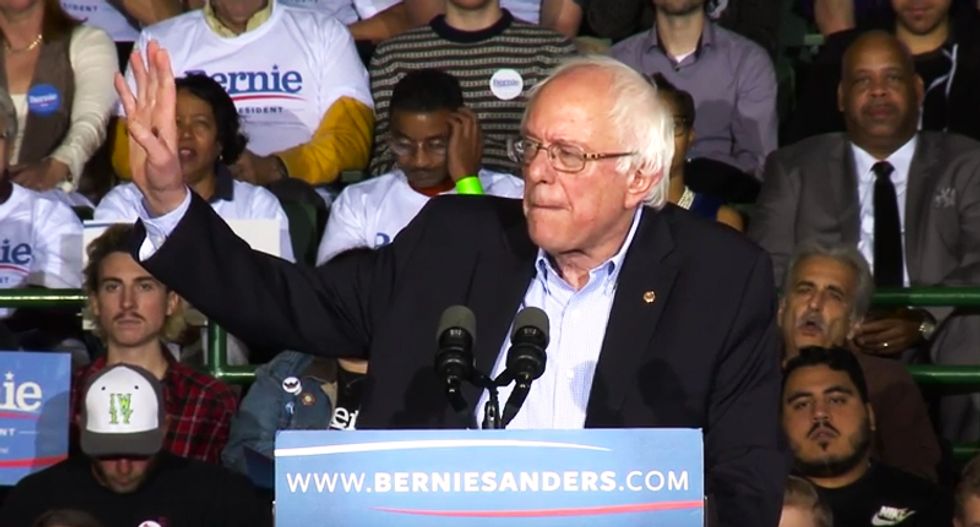 After rapping the head of the Republican National Committee for calling current President Barack Obama "weak" in the fight against ISIS in the wake of the Paris attacks, Sanders invoked the memory of the Bush administration's response to 9/11.

"You remember President Bush, " he asked rhetorically. "He was very very tough, but not very smart. He and Dick Cheney and the whole lot of them, they were tough! And they said 'we should invade Iraq.' We should do it virtually alone and the result was 6,700 brave men and women from our country dead, hundreds of thousands of our best young people coming home with injuries -- physical and emotional. Many many hundreds of thousands of Iraqis dead and wounded. Huge instability in the entire region, and we are paying the price today for that instability and chaos."

"So I say to my Republican colleagues," he continued."Yeah, we have got to be tough, but not stupid."