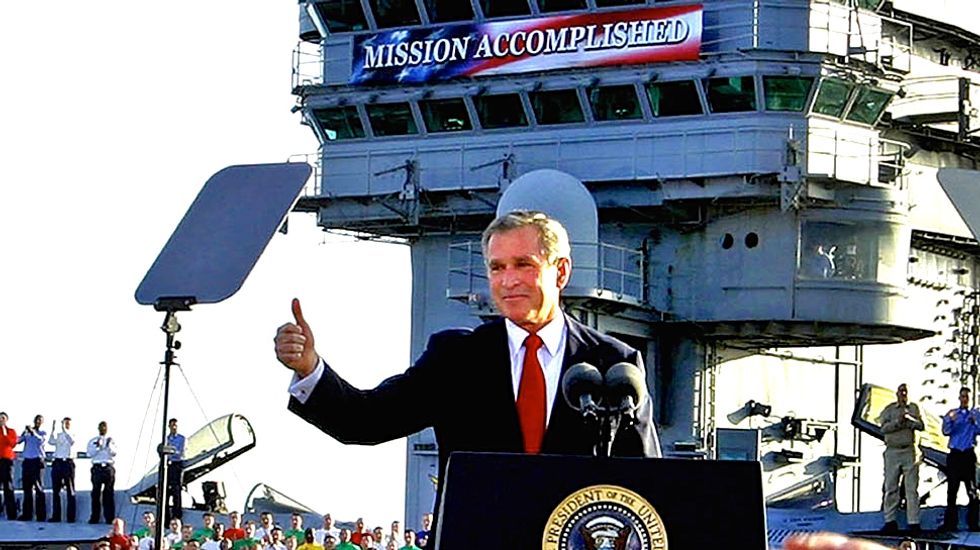 The former commander of U.S. special forces in Afghanistan and Iraq admitted that strategic blunders by the Bush administration had led to the rise of Islamic State militants.

Retired Lt. Gen. Michael Flynn told the German newspaper Der Spiegel that Americans allowed their anger of the Sept. 11, 2001, terrorist attacks to lead them into disastrous military policies that failed to address the root causes of terrorism -- and actually helped create new and more brutal terrorists.

The misunderstanding was so great that Abu Bakr al-Baghdadi, who now heads ISIS, was freed in 2004 from a military prison after a U.S. military commission cleared him as harmless.

"We were too dumb," Flynn said. "We didn't understand who we had there at that moment. When 9/11 occurred, all the emotions took over, and our response was, 'Where did those bastards come from? Let's go kill them. Let's go get them.' Instead of asking why they attacked us, we asked where they came from. Then we strategically marched in the wrong direction."

Now the truth emerges: Here’s how the US fueled the rise of ISIS in Syria and Iraq

Laura Ingraham discovers Bush to blame for ISIS: ‘Iraq is worse than before we went in’

"First we went to Afghanistan, where al-Qaeda was based, then we went to Iraq," Flynn said. "Instead of asking ourselves why the phenomenon of terror occurred, we were looking for locations. This is a major lesson we must learn in order not to make the same mistakes again."

Flynn, who served just before his retirement as director of the Defense Intelligence Agency, admitted that he regrets his role in the Iraq War.

"It was huge error," he continued. "As brutal as Saddam Hussein was, it was a mistake to just eliminate him. The same is true for Moammar Gadhafi and for Libya, which is now a failed state. The historic lesson is that it was a strategic failure to go into Iraq. History will not be and should not be kind with that decision."