Half of US voters would be 'embarrassed' if Trump became president 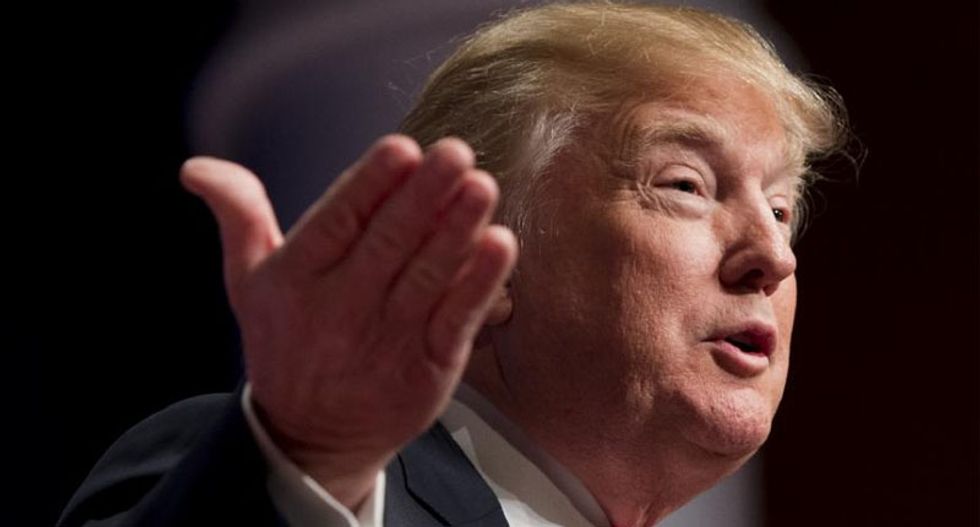 About a quarter of people surveyed said they would be ‘proud’ if Trump became president, and both leading Democrats would beat him in election, poll found

Half of US voters said they would be “embarrassed” if Republican frontrunner Donald Trump was elected president while just under a quarter said they would be “proud” to have the billionaire real-estate mogul as their commander-in-chief, according to a Quinnipiac poll released on Tuesday .

The divisive candidate, who has upended the race for the White House with his flagrant disregard for the norms of party politics, has continued to hold a commanding national lead over the field of Republican presidential contenders with 28% support just six weeks before the first votes are cast in the Iowa caucuses, Quinnipiac University National found.

In the race for the GOP nomination, the poll also showed Texas senator Ted Cruz closing in on Trump’s lead, with 24% support – his highest in any national survey yet. The candidate is rising with the help of conservative Christian voters who have begun to coalesce around the crusading senator.

The poll also found that both leading Democrats would beat Trump in a hypothetical match-up, were a national election to be held today. Clinton would best Trump by seven points. And Vermont senator Bernie Sanders, who is trailing Clinton in the Democratic primary, would defeat Trump by 13 points.

In the race for the Republican nomination, Texas senator Ted Cruz is closing in on Trump with 24% support – his highest national poll yet, according to the survey. Recent polls have showed the party firebrand surging in Iowa as conservative Christian leaders have begun to coalesce around him.

“Half of American voters say they’d be embarrassed to have Donald Trump as their commander-in-chief and most Americans think he doesn’t have a good chance in November, but there he is still at the top of the Republican heap,” said Tim Malloy, assistant director of the Quinnipiac University Poll in a statement.

“Hillary Clinton tops him. Senator Bernie Sanders hammers him and Senator Ted Cruz is snapping at his heels. Can a candidate that half the American electorate thinks is an embarrassment win in November?”

The Quinnipiac poll was conducted between 16 and 20 December and has a margin of error for all registered voters of +/- 2.9 percentage points.