Want to build your own First Order? Forget Death Stars -- this is how you do it 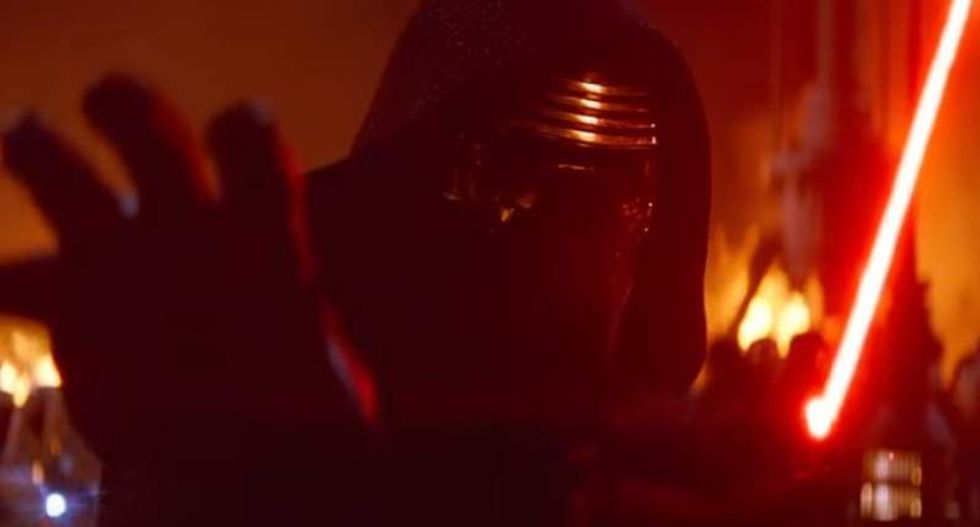 The Star Wars films raise lots of pressing questions. “Why is there sound in space?” “How did George Lucas lose his way?” And, of course, “Did Han shoot first?” (that’s an easy one).

There are innumerable variants on the “How realistic is Star Wars?” question. The answer is, of course, not very. But it’s fascinating to use this question to probe what space combat might really be like.

For example, several people have tried to answer “How to build a Death Star?”, referring to the first film’s moon-sized space station with the power to destroy a planet. A less obvious but perhaps more important question is “If robots like R2-D2 exist in the Star Wars universe, why are the bad guys' superweapons so big in the first place?”

In the latest Star Wars film, The Force Awakens, the evil First Order have created a weapon even bigger than the Death Star. Known as “Starkiller Base”, it is constructed from an apparently hollowed-out planet and can suck all the energy from a nearby star before using it to fire destructive beams at multiple planets at once.

As far-fetched as this sounds, constructing such a large structure around or in a planet would be relatively easy with recursive manufacturing. With a vast army of robot builders at your command, your only effective limitations are the amount of raw materials (mostly the planet itself and any others nearby) and your energy source (most likely the nearest star).

The problem is that this isn’t a very efficient way of building a weaponised force for wiping out multiple planets. Instead of constructing one base made up of trillions of tons of metal and rocks, why not construct lots of them, each just a shell and a weapon, run by robots? You’d have completed half a million lightweight superweapons in the time it would take to build one massive one. Even if the robots aren’t particularly good at their jobs, the redundancy of having so many would overcome this.

The next question is whether these weapons could really destroy a planet? That would require, at the very minimum, breaking the planet into fragments that go on their separate and unmerry ways. This means that you have to overcome the gravitational binding energy of the planet, the total gravitational force that keeps the planet together.

The gravitational binding energy of the moon is around 1.25×1029 Joules. That’s the minimal energy requirement for completely blowing it up. In practice, however, you’d need more. That energy is about six minutes' worth of our sun’s output, so it seems feasible that destroying the moon could be done.

But planets have higher binding energies. Large gaseous planets like Jupiter have binding energies of around 2.04×1036 Joules. That would require about 170 years' worth of the sun’s energy – far less plausible, although maybe possible if you could really drain an entire star. But if you’re draining a star, you have to overcome the star’s own binding energy first, requiring even more energy to start with.

A much more efficient way to defeat multiple civilisations would be to hit all the planets with a large mass at high speed – rather than an energy beam – enough to shake the big ones with immense tremors, and crack the crusts of the small ones, making them unlivable. You could then saturate them with enough ionising radiation to fry all electronics and kill any surviving living organisms. That would be much more economical from the bad guys' point of view.

But that’s still a waste of energy. Using recursive manufacturing, a much simpler idea is to seed space with factories churning out other factories (of course), detection systems, and intelligent missiles. Within a few years, such factories will have transformed most of the nearby asteroids and planets into missiles.

The process will have almost certainly uncovered any rebels trying to hide nearby, and dropped a few (billion) missiles on their heads. And the same happens for any new enemies trying to set up in the system later. With these self-replicating weapons, once you’ve hit a star system, it stays yours. Even if someone else tries the same approach, their initial factory will be easily discovered and destroyed.

So, the existence of R2-D2 implies that the real superweapons shouldn’t be the flashy Death Stars and Starkillers, but the simple mobile robotic factory, that can be dropped discreetly into myriads of star systems to rapidly and permanently take them over.