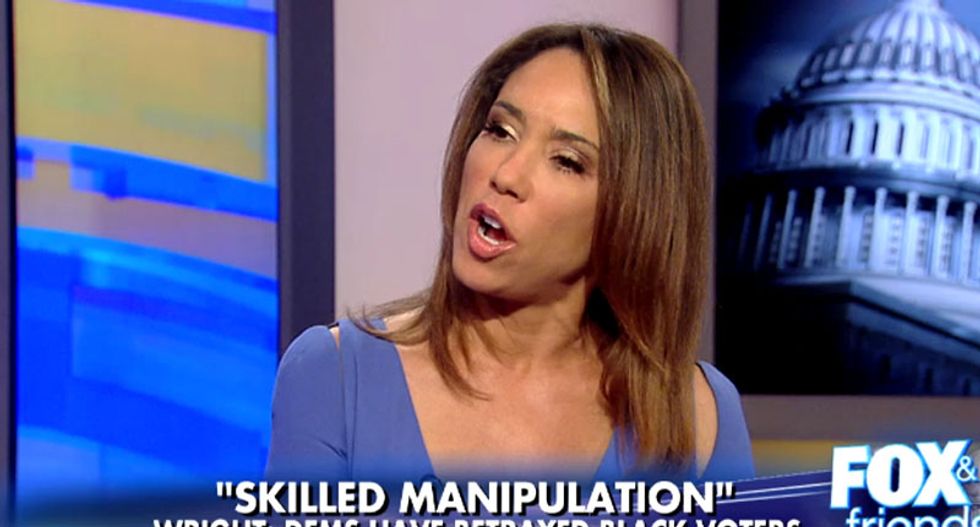 In a clip highlighted by Mediaite, Wright told Fox & Friends host Steve Doocy that welfare programs had a negative impact on the black community, then veered off into the topics of gun violence and Planned Parenthood.

"You talk about over the last 40 years, trillions of dollars have been put to fight poverty, yet poverty is proliferating in many neighborhoods because?" Doocy asked.

"Well, because of Democrats and the con that they’re running on black Americans. They have made black Americans poorer, dumber, and more criminalized," she said.

"Why do you say that? That’s their end game?" Doocy wondered.

"It’s not just me. Look, 93 percent of -- you know how the president goes around, wants to talk about regulating legal gun ownership? I’ve never seen Barack Obama talk about the black lives being killed by other blacks in Chicago, DC, or Baltimore. Ninety-three percent of all black homicides are committed by other black people."

"And you know the number one cause of death among young black men ages 15 to 34? Guns. Illegal guns, cus they're killing each other. That's the con job. But yet, black people keep voting against their interests, and I would argue the Democrat Party is literally killing black Americans from the womb to the streets."

"That is why [Hillary] is going out and saying, 'Hey, black lives matter, but oh guys guess what, I support Planned Parenthood, the billion dollar abortion industry."

Wright added that Republican Donald Trump was the most pro-black presidential candidate because he wants to restrict immigration.