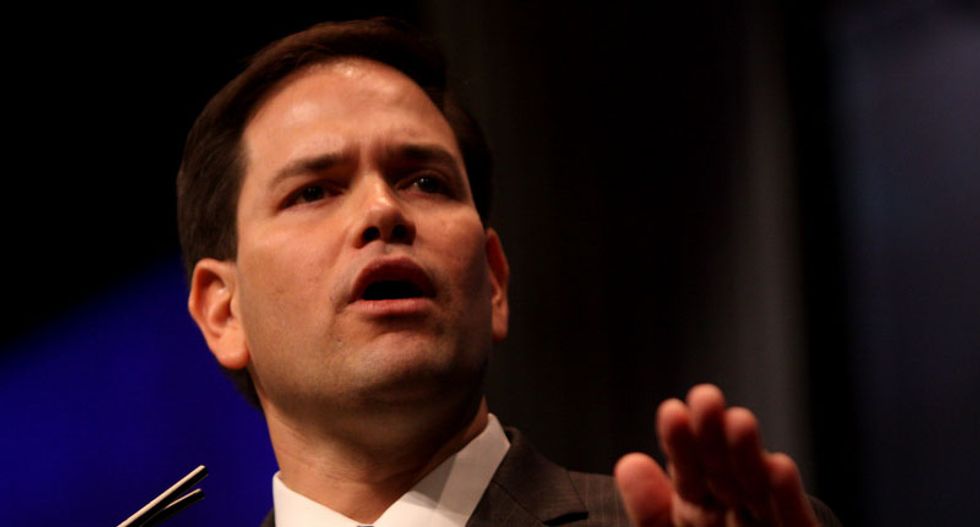 U.S. Senator Marco Rubio, a Republican presidential candidate, and a fellow Cuban-American lawmaker introduced legislation on Tuesday that would cut back on some of the special benefits given to immigrants from Cuba.

Rubio introduced the bill in the Senate and has made his Cuban heritage a theme of his campaign for his party's nomination to run for the White House in the November election. But the Florida senator has also questioned the generous benefits given to immigrants from the Communist-ruled island.

President Barack Obama, a Democrat, and Cuban President Raul Castro announced in December 2014 they would seek more normal relations. In July, diplomatic ties were restored after 54 years of enmity.

Rubio and Curbelo are staunch opponents of the policy shift, saying Cuba's government must protect human rights for its citizens before benefiting from closer U.S. ties.

Immigration has been a dominant theme of the presidential campaign, with Republicans in particular calling for strict controls on those who cross U.S. borders.

Benefiting from policies that originated during the Cold War to help those escaping Communist rule, Cubans who reach U.S. soil are automatically given federal benefits, even if they travel back to Cuba. They are also allowed to remain in the country even if they arrive illegally.

Rubio's bill would end the automatic eligibility for federal aid given to Cuban nationals, except for those fleeing persecution.

"It is particularly outrageous when individuals who claim to be fleeing repression in Cuba are welcomed and allowed to ‎collect federal assistance based on their plight, only to return often to the very place they claimed to be fleeing," Rubio said in a statement.

U.S. officials have seen a sharp increase in immigration from Cuba in recent months, as the island's citizens worry that warming relations will end their special status. Thousands were stranded in Costa Rica in December as they tried to reach the southern U.S. border.