Mexico's 'Grand Warlock' predicts Trump defeat: He's flaming out on his own 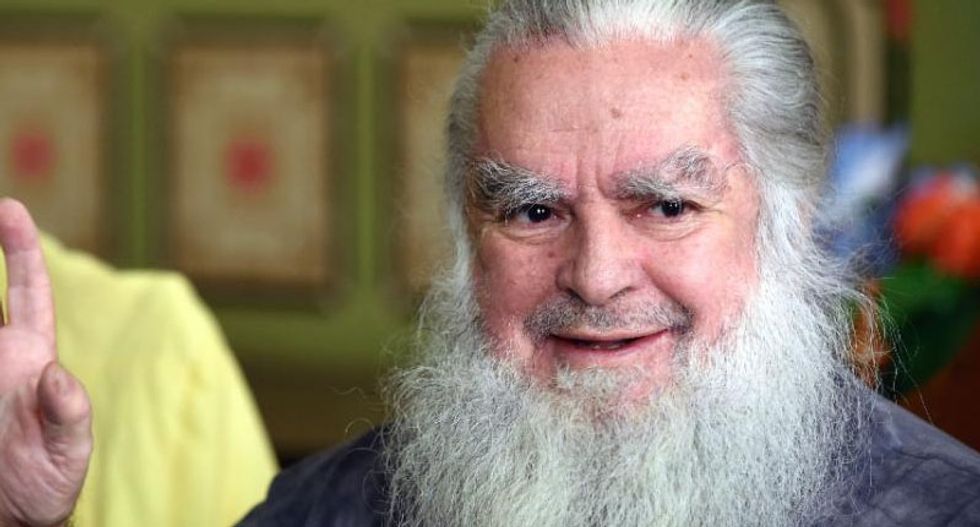 Antonio Vazquez, known as the "Brujo Mayor", the self-appointed Grand Warlock of Mexico, gestures during a press conference where he spoke of his predictions for 2016, in Mexico City on January 5, 2016 (AFP Photo/Alfredo Estrella)

Mexico's famed "Grand Warlock" predicted Tuesday that US presidential hopeful Donald Trump will fail to reach the White House -- but the tycoon shouldn't worry too much: the forecaster often gets things wrong.

Despite his spotty record, Vazquez has attracted a gaggle of journalists every year to hear his predictions, which he has made for the past two decades.

Vazquez, who wrongly foresaw US President Barack Obama losing his re-election bid in 2012, delved into American politics again this year.

"Trump won't really become the Republican candidate. He's flaming out on his own," Vazquez said, adding that the real estate magnate and reality TV star would move on to an unsuccessful independent candidacy.

In Mexico, the self-styled "Brujo Mayor" said the authorities will kill Guzman, who escaped from prison for the second time in his criminal career last July, instead of arresting him.

"If they find him, and there's a great possibility that they will, they will kill him. The police and army have been advised to kill him. They won't risk losing him for a third time," Vazquez said after looking at his cards.

Venezuela, meanwhile, will fall into chaos and Maduro's presidency faces a harsh end, he said.

"I think that his reign ends this year but not without blood. There were will be strong clashes within the population," the warlock said.

"There will be many deaths, many problems. Maduro won't go on this year, but I don't think he stays alive either."

Vazquez did get it right in 2012 when he correctly predicted that Maduro's late predecessor, Hugo Chavez, would suffer a cancer relapse.

Elsewhere, Vazquez predicted more suicide attack attempts by the Islamic State group in Europe and a war in the Middle East in September-October as a result of current tensions between Iran and Saudi Arabia.