On eve of Iowa caucus, Bernie Sanders under fire for anti-Obama book blurb 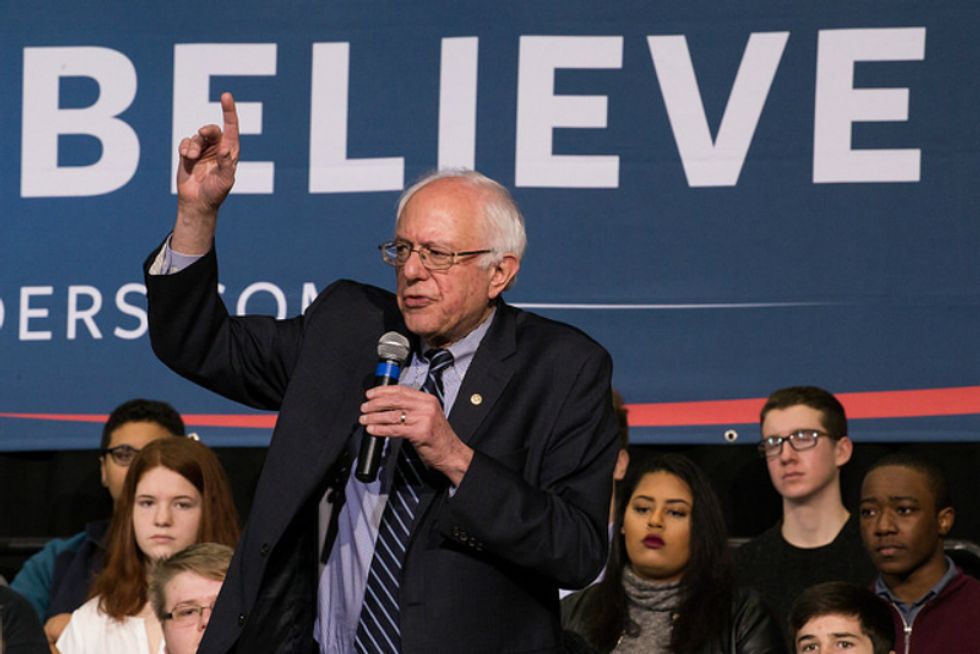 On the eve of the Iowa Caucuses, and with a tight race between Democratic candidates Bernie Sanders and Hillary Clinton, the insurgent Sanders is under fire for endorsing a book critical of President Barack Obama.

In his short blurb Sanders wrote that Press made “the case why, long after taking the oath of office, the next president of the United States must keep rallying the people who elected him or her on behalf of progressive causes. That is the only way real change will happen. Read this book.” The tame critique of Obama caused some former Obama aides to lash out at Sanders.

Throughout the campaign Clinton has sought to position herself as Obama's natural heir and the late focus on Sander's criticism of Obama may have an impact just hours before caucusing begins.

Sanders spokesperson Michael Briggs defended his boss and lauded the Obama administration for its achievements. Briggs also added, according to CNN, "The next president can try to achieve bold proposals because of the foundation they put in place. Obviously, telling someone to read a book doesn't mean you agree with everything that's in the book."

Meanwhile Sanders was interviewed on Meet The Press where he sought to broaden the discussion beyond Obama.

"The reason that the rich get richer," Sanders said, "everybody else gets poorer, is big money controls what goes on in Congress. The answer though to that is a political revolution involving people in the political process."