Susan Sarandon slams Trump's rhetoric: He's like 'your drunk uncle at a wedding' 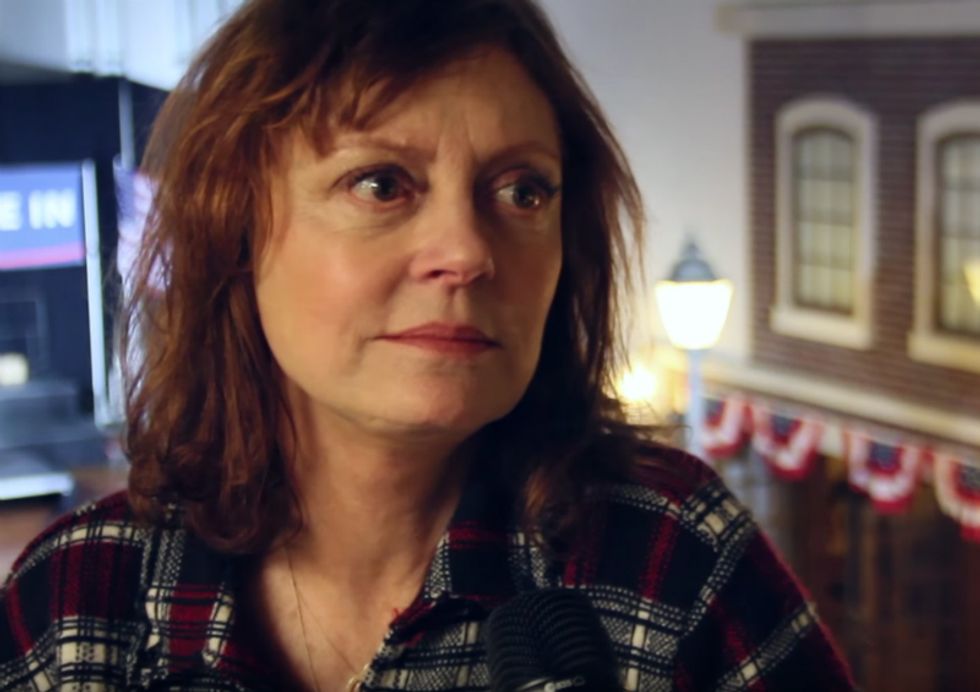 After expressing her support for Sen. Bernie Sanders during an Iowa campaign rally, actress and political activist Susan Sarandon ripped into Donald Trump during an interview with The Young Turks.

Sarandon said she doesn't believe all Republicans are bad and doubts "sane Republicans" will nominate Trump whom she said is "like a figure from a Kurt Vonnegut novel".

The Oscar winner went on to say of Trump: "He reminds me of, like, your drunk uncle at a wedding who gets up and starts talking and just loves the crowd and just goes on and on and on and says whatever he can to get a reaction.”

USA Today reported that Sarandon, in explaining her support for Sanders, said, “For me, gender is not what's important. Issues are what's important. I want a candidate who has the courage to stand and do the right thing when it is not popular."