Are these Super Bowl commercials homophobic or transphobic? 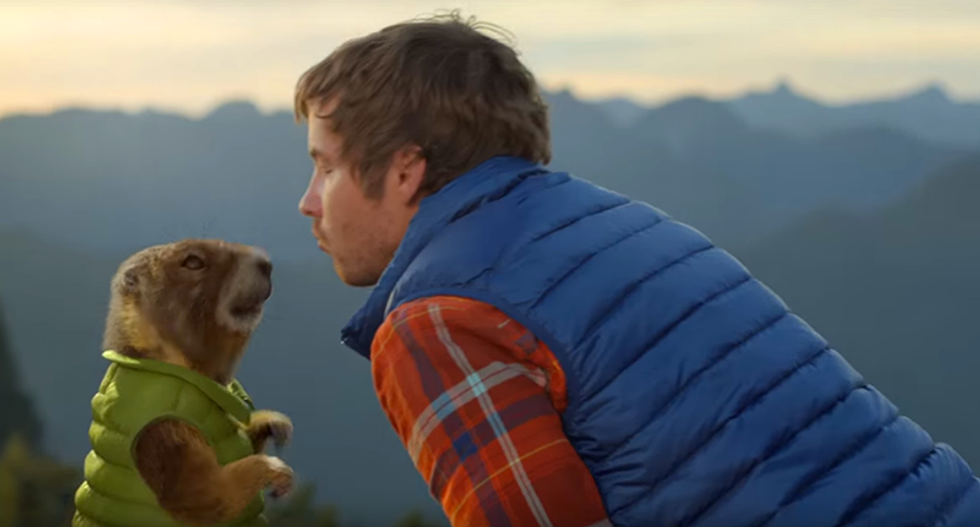 Actor Willem Dafoe appeared in the Super Bowl commercial for Snickers that many are saying is transphobic. You might remember Snickers for their ad last year with the Brady Bunch where Marsha appears to be Danny Trejo until she eats her Snickers and becomes herself again playing off their slogan “You’re Not You When You’re Hungry.”

This time around, Dafoe is dressed as blond bombshell Marilyn Monroe in the white halter dress from "The Seven Year Itch." The air from the grate blows up his muscular legs to make the dress fly up. We're supposed to laugh at the absurdity of such a manly man appearing like one of the must beautiful women in history. Much like Betty White playing football in previous ads. Dafoe turns back into the beautiful Marilyn in the end, just in time for some people on Twitter to call it out for being transphobic.

.@SNICKERS, what was up w that commercial? Transphobic & implies women OK w being objectified as long as they have snacks #NotBuyingIt #SB50
— NARAL (@NARAL) 1454889536.0

Not here for @Snickers’ transphobic follow-up to their horrible cat-calling “you’re not you when you’re hungry” ad. 😬 #notbuyingit
— Rebecca Eisenberg (@Rebecca Eisenberg) 1454888957.0

But Snickers wasn't the only ad that Super Bowl viewers took issue with. There was a man in the woods with a marmot. The two hang out, they do an angel in the sand, they go hiking, and even swimming. In the end, the two are sitting on a rock looking out over a beautiful vista gazing into each other's eyes until the man starts to lean in closer to the marmot. Eventually, the marmot slaps him chirping "I'm not that kind of marmot." In the uncut version of the video you hear all sorts of kissing sounds while a little girl and her mother are sitting nearby horrified.

Bestiality isn't sexy. The lead up to the no-kiss scene is also indicative of one long "no-homo" joke. But this is an excellent example of a company, in this case Marmot Mountain, trying to be as controversial as possible to generate press about their company. Though it is unclear if Marmot Mountain wanted their company to be associated with bestiality or homophobia.

Pretty sure he was very confident in his sexuality... that's why he slapped the guy.

Is it homophobic or transphobic? Watch the videos below and decide for yourself.