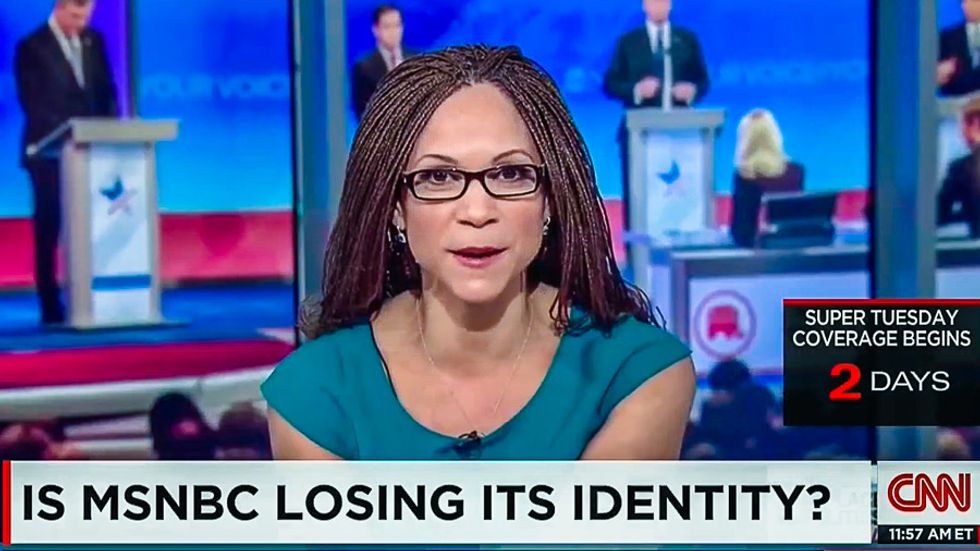 CNN media critic Brian Stelter came to the defense of MSNBC host Melissa Harris-Perry on Sunday, saying that the controversial weekend host "deserved better" than to be silently dumped by the network.

In an email posted last week, Harris-Perry explained that she had been absent from several weekend broadcasts after the network took her off the air in favor of election coverage. And she suggested that she would not host the show again until the network returned editorial control to her staff.

“I will not be used as a tool for their purposes,” she wrote. “I am not a token, mammy, or little brown bobble head. I am not owned by [Andrew] Lack, [Phil] Griffin, or MSNBC. I love our show. I want it back.”

Over the weekend, multiple sources confirmed that MSNBC intended to part ways with Harris-Perry in the coming days. And on Sunday, Stelter said that Harris-Perry had told him in a text message that she was in severance talks with MSNBC.

"I'm a direct time slot competitor of hers so I have an interest in this," Stelter noted. "And I know Harris-Perry is a polarizing figure. Some people are very happy she has been sidelined, but I think she deserved better than this."

"Harris-Perry's talk show was unique," he continued. "Love it or hate it, she booked people who otherwise weren't seen or heard on TV. In some ways, she symbolized the Obama era of MSNBC. But that era is ending."

Stelter observed that Harris-Perry's statement about her treatment at MSNBC was "scorching."

"I've never seen anything like it in cable news," he said. "And it has led to her exit... But by marginalizing her, the channel is taking a risk."

As The Washington Post's Paul Farhi pointed out: "All of the changes carry a potential perception risk that MSNBC... is diminishing the contributions of its minority personalities."

Watch the video below from CNN's Reliable Sources, broadcast Feb. 28, 2016.

'MAGA mean girl' Elise Stefanik could swipe McCarthy's throne right out from under him: ex-GOP adviser

In recent days, several far-right House members have come forward to say they will not be voting for Rep. Kevin McCarthy (R-CA) for Speaker, throwing a monkey wrench into the Republican leader's longtime ambitions of taking the gavel, and raising the possibility that, just like in 2015, another Republican could leapfrog over him to take the Speakership.

Donald Trump on Wednesday suggested three of the four Republican election-deniers running for key statewide offices in Arizona should be declared the victors despite voters electing Democrats in the midterms.