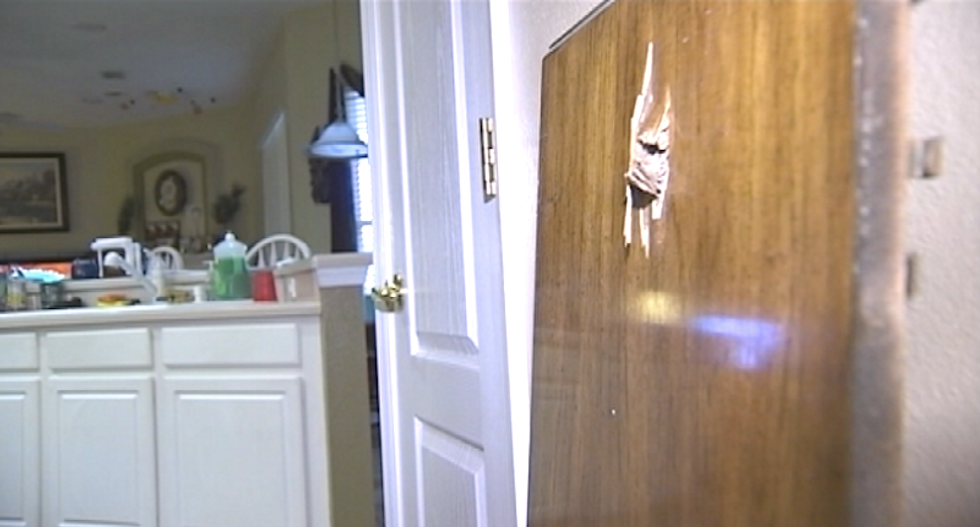 A Florida man says police opened fire on his family after officers responded to a domestic violence call at the wrong address.

The man, who asked not to be identified, said he awoke about 1 a.m. Saturday to pounding on the front door of his Ocoee home, reported WFTV-TV.

He asked who was knocking before opening the door, but the man said he became alarmed when the person gave no response.

The man said he feared a robbery, so he grabbed his gun.

A bright light shined through a window in the door, and he heard someone shout, "gun."

Suddenly, bullets ripped through the windows and walls of the man's home, and he said two bullets nearly struck him in the head before he dove to the floor.

His family had come to the living room by that point, and they lay terrified on the floor until the gunfire stopped.

Police came inside and handcuffed everyone and sat them down on a curb outside.

They weren't allowed to go back inside for 10 hours as police investigated the shooting.

Police have not said why they went to the home, but the man told the TV station that they had been sent to the wrong home to investigate a domestic violence report.

"Upon arrival, a person was confronted and shots were fired," said Sgt. Bob Rivera, of Ocoee police.

Police identified the officers as Carlos Anglero and Stephanie Roberts, who were both described as experienced officers.

None of the family members were injured, but their walls are riddled with bullet holes, their windows are shattered and some of their furniture was destroyed.

The home's front door was boarded up and is covered with a sign that says, "Door damaged by Ocoee Police."

The man said he never fired his own weapon during the incident.