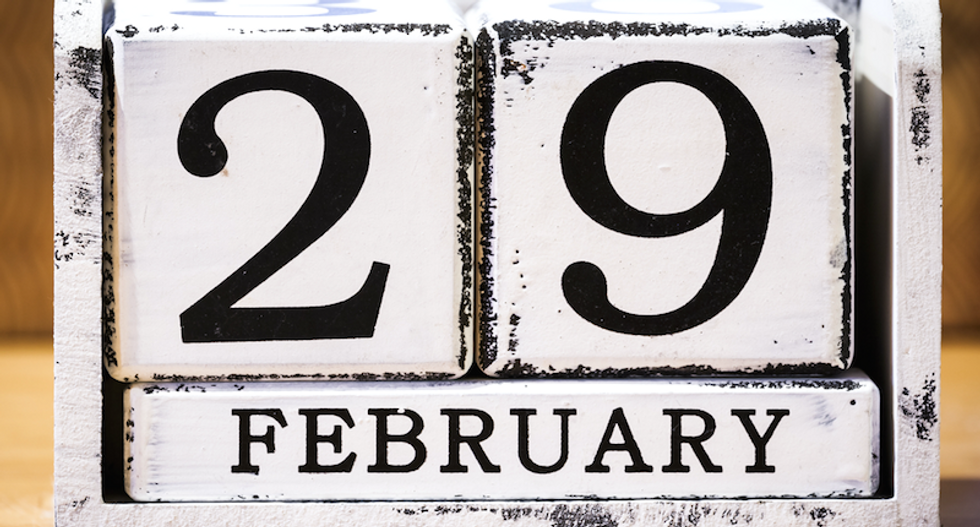 Where do these quadrennial liberties with our calendar originate?

In the stars, of course.

One of the simplest joys of life is to watch the stars, night after night, month after month, year after year. They become old friends. They spend a season, and then move on. Or rather, it is we who move on – ever advancing around the sun toward next week’s deadlines, new constellations, new fashions and new ideas. 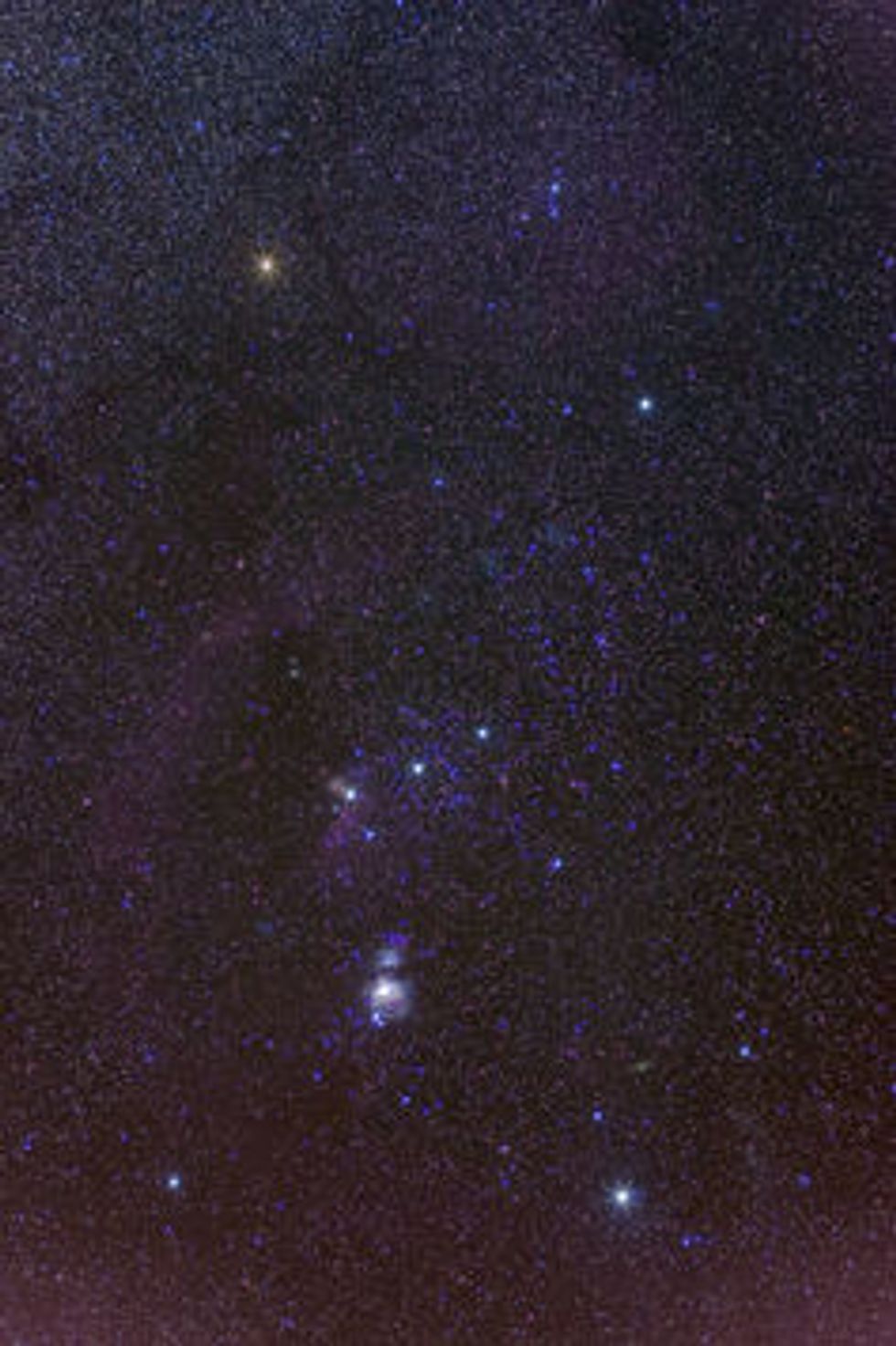 I imagine myself late one night, eight months from now, remembering the overfull recycling bin, at midnight on trash day. As I try to quietly dump wine bottles into the yellow-topped container, there striding over the eastern skyline is Orion. Back again is my ancient friend, telling me that winter is near, and that I have ridden this miraculous rock almost another full lap around my home star. Rigel shimmers its blue-white light, the twinkle in the eye (the knee, actually) of a companion who has visited me, annually, every place on Earth I have lived since childhood. Even to the Southern Hemisphere, the steady Orion came for a summer visit – cartwheeling upside down, feet over hands.

It is from these celestial cycles that our concepts of time originate, and, ultimately, from which we gain the leap day.

The sidereal year is the length of time it takes for the Earth to return to the same place with respect to the “fix’d” and “constant” stars, so that Orion appears exactly in the same place in the sky, at exactly midnight, 365.2563 days later. Stellar friends like that don’t stand you up; they keep their appointments to seven-digit precision (and more). 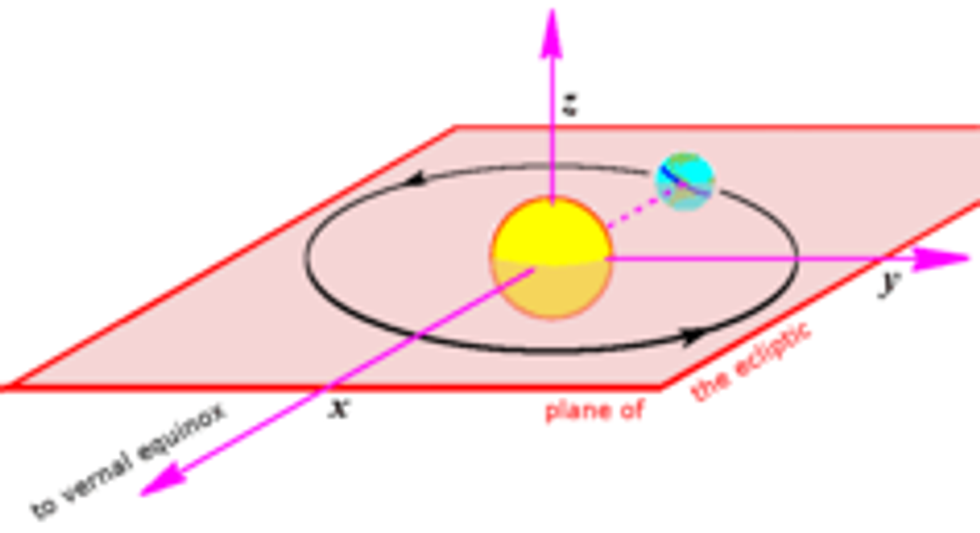 Right over the equator: A diagram showing the sun’s position relative to the Earth at the vernal equinox.

Our Western calendar is tied to the tropical year – the time between successive vernal equinoxes. At that moment, the sun’s position in the sky is exactly where the ecliptic (the plane of the solar system and the path that the planets take as they move through the constellations) crosses the celestial equator (the projection of the Earth’s own equator onto the celestial sphere). Straddling the celestial equator, the sun splits its time exactly between the day side and the night side of the Earth. It returns to that place again in roughly 365.24219 days. Roughly.

Now you can see where those alternating “divisible by 4, 100 and 400” leap year rules originate.

Making up the differences

After four years, however, this fractional 0.24219 of a day adds up to 0.96876, which is pretty close to one full day. If we were using only a 365-day calendar, the stars, and more importantly the months, corresponding to the seasons – crucial for agricultural societies – would slip behind. This was apparent to the Romans in the first century, as well as to the Olmecs and the Maya on the other side of the world.

Thus decreed Julius Caesar in 46 B.C.: that every four years an extra day would be added to February. It was called the Julian calendar. But adding one day every four years, in order to make up for that 0.96876 of a day in orbital spare change, is overcompensating. Caesar’s “every four” leap year prescription adds 0.03124 of a day too much. This makes the Julian calendar run fast by just over 600 seconds per year. 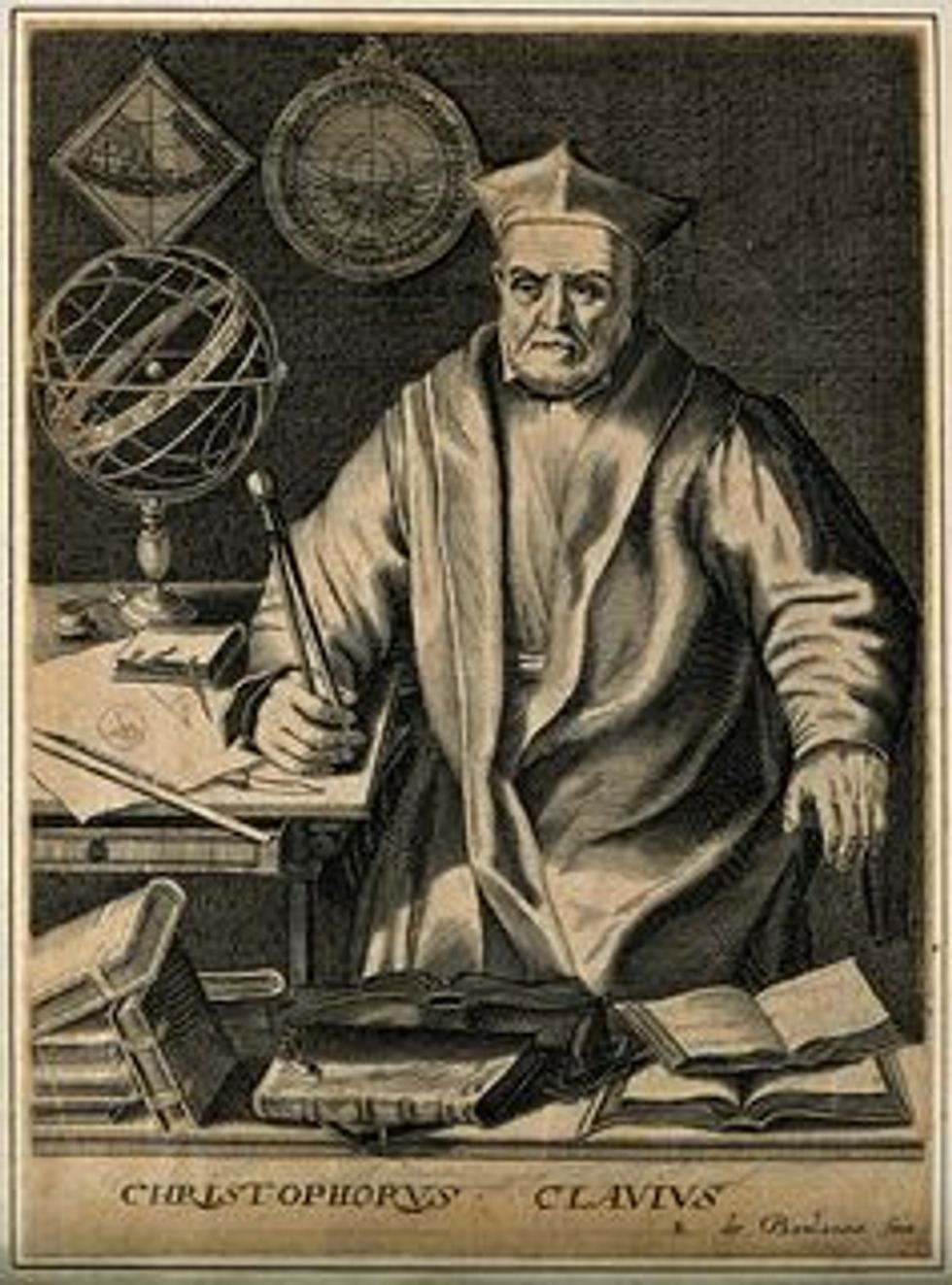 Exception after exception: Christopher Clavius, in a line engraving by E de Boulonois.

Like with the spare coin jar in our house, small change like that takes a while to add up. It wasn’t until the age of Pope Gregory XIII, in 1582, that this mismatch was becoming a problem. After consultation, presumably with God, but particularly with his astronomer, Christopher Clavius, the pope adopted Clavius’ clever solution.

The Julian calendar runs fast by 0.03124 of a day every four years; multiply both sides by 100, and see an excess of about three days after 400 years. Clavius’ solution was to make centuries exceptions – but that would lose too much, four days in 400 years, not three. So Clavius added one back, once every 400 years, starting in 1600.

This Gregorian calendar, which we use today, has the following rules:

Even with this refinement, there is still orbital change left over. But now we are talking about temporal shavings that are quite small. At this level of precision, other wobbles in the relation of the Earth’s rotational period (the day) and its revolution period (the year) have to be taken into account.

Keeping track of minute effects like this is the job of the International Earth Rotation and Reference Systems Service, which controls the addition (or deletion) of leap seconds. For example, a second was added to Coordinated Universal Time by the service on June 30, 2015, due largely to the slowing of the Earth’s rotation by the gravitational pull of the moon.

There are other sources of calendar slip: the 8.9 magnitude earthquake that triggered the Japanese tsunami on March 11, 2011, for example, shifted the planet’s mass distribution enough to decrease the length of a day by 1.8 microseconds. This will add up to about a second after 1,500 years.

Personally, I think we should make February 29, leap day, a global holiday. It should be considered a gift to ourselves, like taking that accumulated spare change to the grocery store coin-counting machine, and trading it for some easier-to-spend bills. It should be a day of celebration, a reward for saving that quarter of a day over the last four years, to be spent on something frivolous. Or it could be a special day to realign our sense of hourly routines, weekly trash pickups, the race to fulfill monthly quotas, to the celestial schedule.

Without that extra day every fourth year, our ancient friends would begin to miss their annual appointments, and start to fall behind in wishing us prompt birthday greetings, like forgetful Facebook friends. Without February 29, roughly, every four years, the “constant stars” would cease to be constant.

James Hetrick, Professor of Physics and Analytics, University of the Pacific