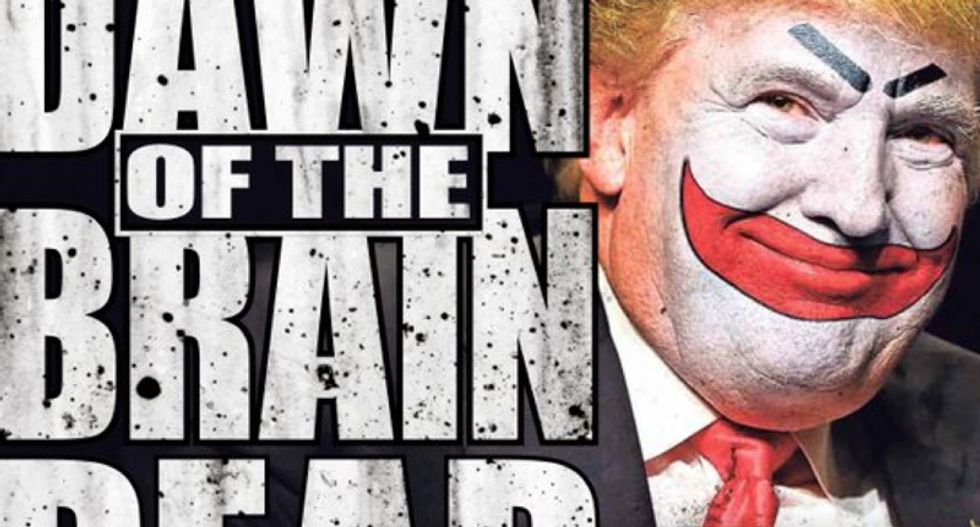 The New York Daily News greeted Donald Trump's GOP primary victory on Tuesday with a cover mocking not only him, but New Hampshire conservatives.

The newspaper revealed its cover for Wednesday's issue on Twitter, depicting a clown-faced Trump alongside the headline, "Dawn of the brain dead."

The cover goes on to attribute Trump's win to the support of "mindless zombies," as seen below: