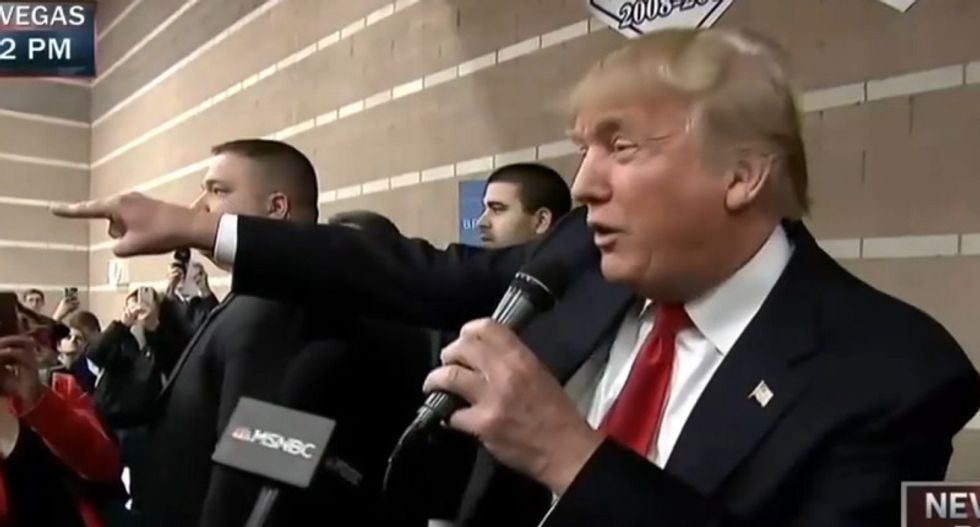 The ante has just been upped in Nevada.

MSNBC was broadcasting live from the event in Summerlin when Trump showed up suddenly and made an impromtu speech.

Watch video of the event, as posted online, here: