'You want to come on with big boobs': Trump supporter flips out and attacks Fox pundit's breast size 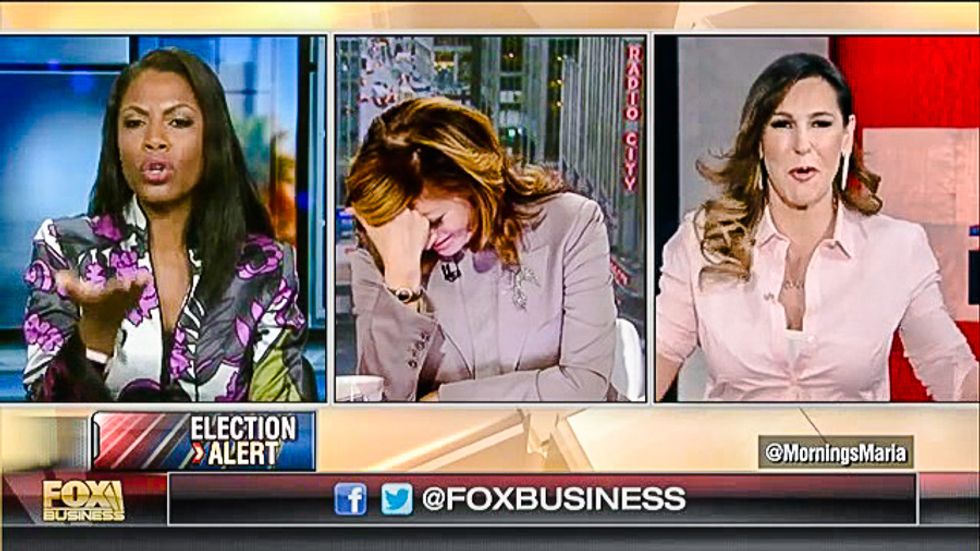 Donald Trump supporter and former start of The Apprentice Omarosa Manigault told left-leaning Fox News contributor Tamara Holder on Monday that she was not qualified to ask questions because of her "big boobs."

During a segment on Maria Bartiromo's Fox Business show, Holder explained that she would like Donald Trump more if he expressed support for Black Lives Matter or put forward a plan to improve inner cities.

But Manigault argued that the topic of the discussion should be limited to Trump's criticism of the Iraq war.

"It's the same difference, boo," Manigault shot back. "You want to come on with big boobs, then you deal with the pronunciation of your name."

"Wait a second," Bartiromo interrupted. "Why are you bringing up Tamara's boobs?"

"Because she started going back talking about, 'Oh, you were a Democrat and you supported Hillary Clinton,'" Manigault explained. "If you want to get personal, we can get personal."

"Wait, how does who you support have to do with the size of my boobs?" Holder wondered. "Considering that this is how I was born. I mean, I'm sorry."

"I'm sorry, I should have called you a boob," Manigault insisted. "Can we talk about Donald Trump?"