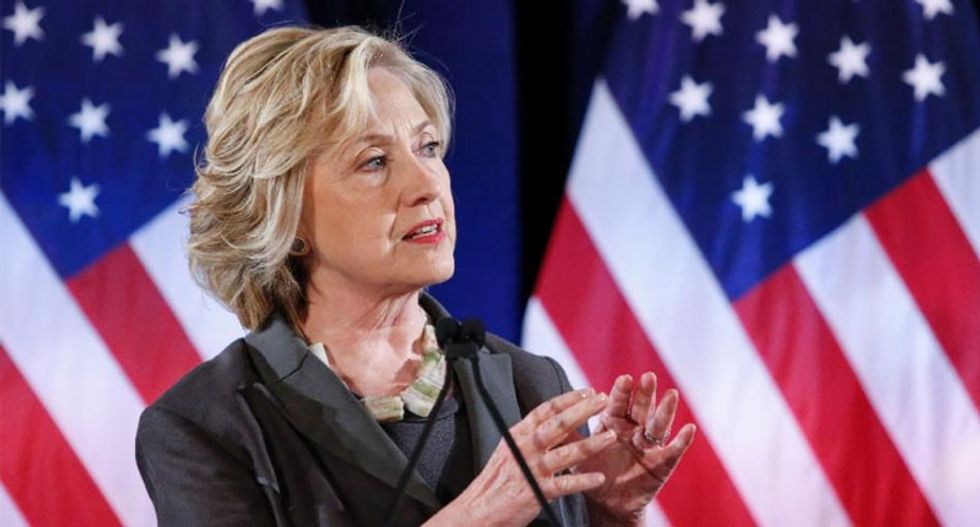 In the heart of Sanders country, the struggle is not so much for votes now as votes later.

Bernie Sanders’ supporters are confident of victory in the Washington state Democratic caucus on Saturday driven by substantial support in Seattle, the first major city to pass a $15-an-hour minimum wage and home to the only socialist council member in the US. Seattle, which accounts for about one third of the vote in the state, has donated more money per capita to the Sanders campaign than any other large city.

But Hillary Clinton, who lost Washington state to Barack Obama in the 2008 primary, is edging ever closer to the Democratic nomination. And with the latest Bloomberg News poll showing Sanders in a virtual tie with Clinton across the US, her campaign has been treading the challenging path of taking on Sanders without alienating his supporters as she looks to the presidential election. It’s proving a difficult task in Seattle, where hostility toward Clinton has grown as her campaign pushed claims she has long been a champion of progressive causes.

Related: US election delegate tracker: chart the candidates' path to the nomination

The US’s only elected socialist council member, Kshama Sawant, who was instrumental in passing a law instituting a $15-an-hour minimum wage in Seattle, has thrown her support behind Sanders while accusing Clinton of being a front for corporate interests. Sawant – who credits her re-election late last year in part to Sanders’ campaign creating “enormous momentum” for change that has helped engage young people and alienated workers in politics – protested inside a Clinton rally this week with a sign: “I’m not with her”.

The Clinton camp, sensing the nomination is all but won, has been urging her supporters in Washington to reach out to those who back Sanders to ensure they vote for her in the general election. That’s proving a tough sell with some of those campaigning for the former secretary of state.

A Clinton support group in the state, Washington Women for Hillary, appealed for her backers to “take the high road” and build bridges with Sanders supporters to ensure a strong Democratic turnout in the general election. But that prompted a discussion about how difficult it will be to work with people who have been “so dismissive, arrogant and downright nasty”.

Eva Raczkowski Bennett posted a message on the Washington Women for Hillary Facebook page saying some attacks by Sanders supporters are out of order. “[It] often gets so nuts that it makes me think of [Donald] Trump and his supporters,” she said. Another, Carolann Driver, wrote: “I really don’t have much problem with Sanders. However, his followers have been horrible, nasty, attacking, figurative gang-rapists of anyone supporting Hillary, and I am very glad those people will not be in power – they are as bad as Trumpsters.” Sanders campaign officials acknowledge that there is a problem with some of his supporters who tend to regard Clinton, not the Republicans, as the real enemy. But they insist abuse comes from only a small proportion of activists.

Still, it’s a trend that worries Shelby Gittens, a volunteer at the Sanders campaign office in central Seattle. She has her concerns about Clinton but will still back her. “I hesitate but I’m not going to not vote. I read somewhere that 30% of Bernie’s supporters say they won’t vote for her. That’s the thing that scares. I don’t really understand it. I don’t think she’s an evil human being and I would support her over Trump if those two end up being the last two standing. But there’s a lot of people say they won’t vote for her,” said Gittens, who first got to know Sanders while living in Vermont.

Luke Michals, who has taken time off work as an aerospace engineer to campaign for Sanders, said he is undecided about whether he would vote for Clinton in the presidential election.

“As of six months ago, I had nothing against Hillary Clinton. She’s a certain type of candidate. She’s the establishment Democratic candidate. I really could have respected her more if she had run a campaign that said: ‘Yeah, I am the establishment candidate. I was secretary of state. I was first lady. I was a senator. I did do all these things but that’s not a bad thing, and these are the reasons’,” he said.

“This campaign that she’s running, that she’s all of a sudden this progressive who gets things done, and she’s trying to put herself to the left of Bernie, that’s disingenuous and lying to the American people.”

The Clinton camp has its own explanation for its embrace of Sanders’ ideas. “We’re already a stronger party because Bernie Sanders ran in this election,” said Ann O’Leary, who has worked for Clinton for 20 years, including as policy adviser when she was first lady and as her legislative director in the Senate. “There are good ideas coming from Bernie Sanders supporters, so we have to have a place where the Democratic party is unified going into this election.”

O’Leary, who was campaigning in Washington state alongside the Olympic figure skating champion Michelle Kwan, said Clinton has not so much stolen Sanders’ policies as embraced good ideas. “It’s messages that have been really resonating in terms of economic inequality, economic opportunity. Very much she is not only listening to these issues but wanting to make sure that she’s responsive to the ideas that have been put forward in this Democratic primary,” she said.

Gittens is not convinced. She is suspicious that Clinton will dump her more liberal positions once she has the nomination in her grasp. “Clinton’s coming out and saying things she didn’t say before. She’s starting to sound like she’s a Berniedette,” she said. “As she’s made such a big stink about calling herself a progressive, what’s she going to do if she gets the nomination? … Is she slowly going to become acceptable to rightwing people because she wants their votes too?”

Molly Moon, the owner of a chain of ice cream shops, said she has no political differences with Sanders but will vote for Clinton. “I think Bernie Sanders is amazing and fantastic and his ideas are in line with mine. But so are Hillary’s and I’m really excited about the idea of a woman in the White House,” she said. “Most of my employees are in their early 20s and a lot of them are supporting Bernie and some of them are supporting Hillary. I’ve had some really fun conversations with Bernie supporters and they remind me of myself, frankly, 12 years ago when I was all about Howard Dean and I quit my job to be all about Howard Dean. So I get it.”

But Moon reflects on the 2000 election when Al Gore lost supporters who regarded him as too establishment to the Green party candidate, Ralph Nader, which helped put George W Bush in the White House. Although there is, so far, no serious challenge from a third-party candidate this cycle, Moon fears that Sanders supporters could have the same effect and deliver victory to Trump or Ted Cruz. “Young people in particular need to be careful and study up on the history and remember 2000. When there’s a Democratic nominee, we need to fight for our country,” she said.