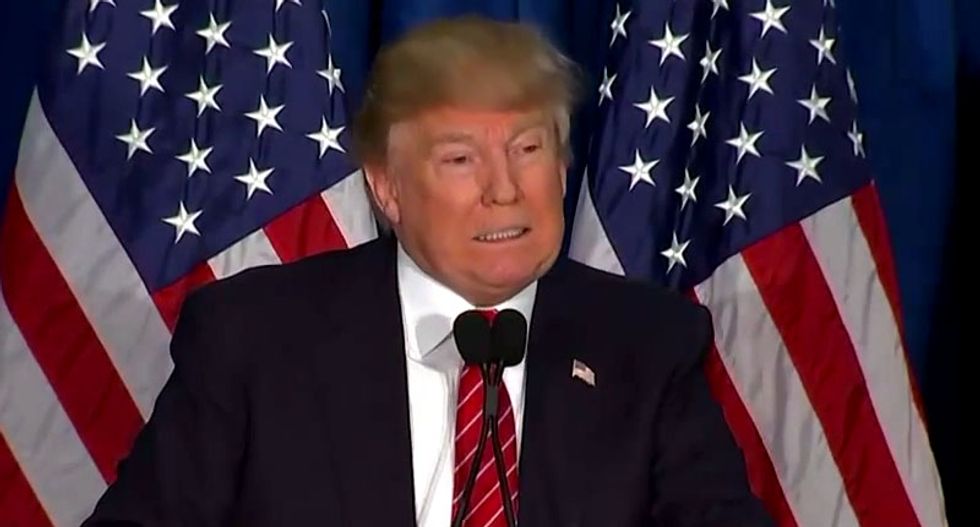 Republican presidential front-runner Donald Trump wants you to know that he could act more presidential if he wanted to. As he celebrated his primary wins in Michigan and Mississippi on Tuesday, Trump trashed his GOP opponents that still manage to be running.

"Of the four they are pretty much all gone," Trump said. "They didn't do so well tonight, folks... Only one person who did well tonight: Donald Trump."

But when it comes to the two people who have taken the lead on attacking Trump, Sen. Lindsey Graham and former candidate Mitt Romney, Trump told his supporters not to worry about the naysayers who claim he isn't presidential.

"If I wanted to be, I can be more presidential than anybody," he said, except, of course, for "the great Abraham Lincoln."

Watch it unfold in the video below: