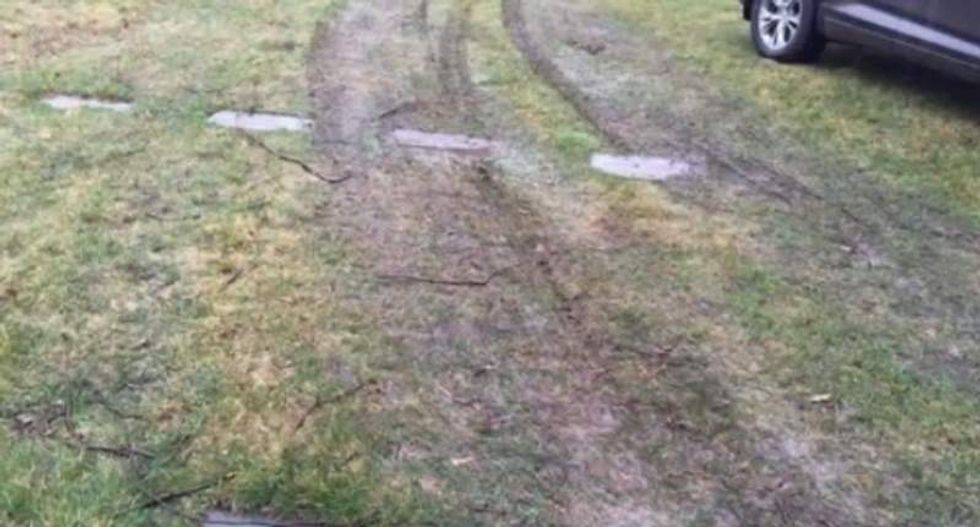 At least a dozen gravestones were damaged when Donald Trump supporters attending a rally in Bloomington, Illinois used a nearby cemetery as a parking lot, WJBC-AM reported.

"There was trash everywhere, where they had driven over numerous stones," said a local firefighter, John Meckley. "Fortunately, not all were damaged, but there were rows and rows and rows of headstones that were driven over."

According to WICS-TV, the Illinois Association of Firefighters distributed a photo online showing tire marks over several headstones at the East Lawn Memorial Gardens.

The Republican presidential candidate held a rally on Sunday at the Synergy Flight Center, across the street from the cemetery. The damage apparently caused by attendees angered residents whose loved ones are buried inside.

"Throughout the day, we kept seeing and hearing reports from the cemetery, and it just kept getting worse and worse and worse," Charlotte Twyford told the Bloomington Pantagraph. "It just shows that some people had a total disrespect for the graves and they need to be prosecuted."

Members of the association and local volunteers later went to the cemetery on Sunday and Monday to smooth out the grounds and put the headstones back on level ground. Meckley told WJBC that he saw a teenage girl lay flowers at each of the damaged graves.

"It shows there’s still hope for America," he said.

Watch WICS' report, as aired on Monday, below.