WATCH: Trump throws a tantrum after man confronts him for swearing around children 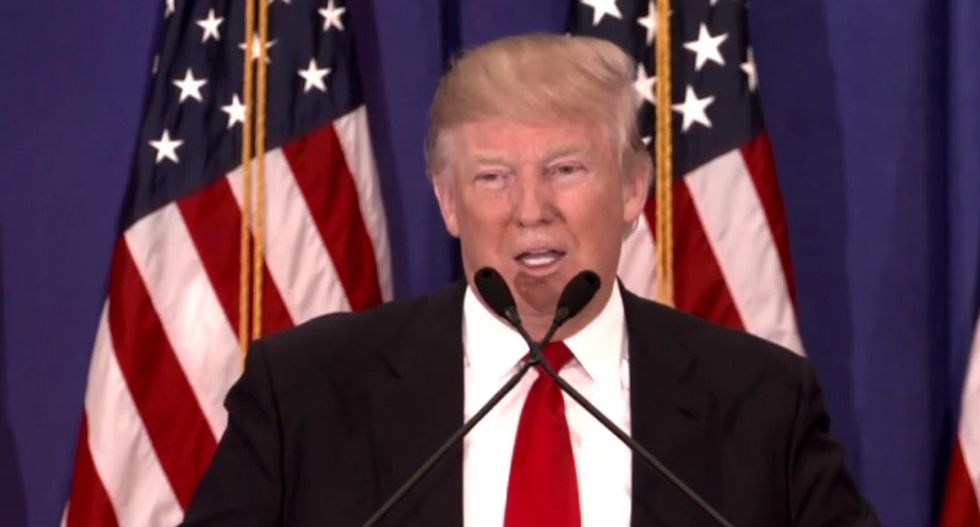 GOP front runner Donald Trump belittled a man who confronted him with concerns over his penchant to swear publicly on the campaign trail.

The man asked Trump about a new ad targeting him over his use of words like, "motherf*cker," "p*ssy" and "a**" in response to rivals and wanted to know whether Trump thought that was presidential.

"I was a little concerned with that ad until I saw it," Trump responded. "I think it's better than any ad I've ever taken for myself."

Then man then pressed forward and asked, "A lot of parents are trying to figure out how to explain some of the language they're hearing on the campaign trail."

"Oh you're so politically correct, oh look at you," he sneered. "Oh I know, you've never heard a little off-language."

"What would you say to parents," the man persisted.

Trump continued to insult him.

"Aren't you just a perfect young man," he said. "You know it's stuff like that, that people in this country are tired of."

Watch the video, as posted to Twitter by NBC News, here:

Donald Trump responds when asked whether his use of vulgar words, highlighted in a critical new ad, is presidential.https://t.co/ht2rbbZPiS