Twitter tees off on Fiorina joining Cruz -- and her singing: 'Every plant in my house just died' 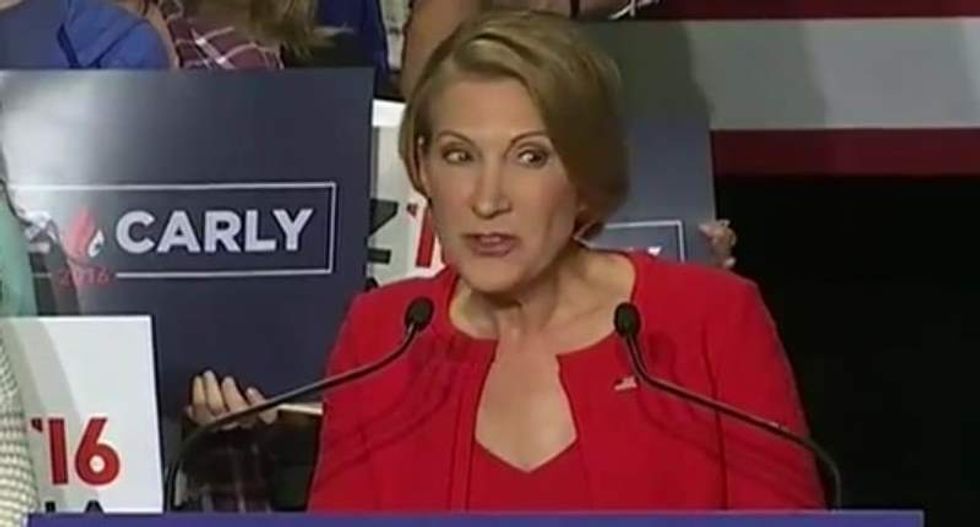 Sen. Ted Cruz's (R-TX) presidential aspirations were the butt of online jokes again on Wednesday. But instead of being mocked for pandering, his campaign was ridiculed for announcing Carly Fiorina as his running mate -- right after being trounced in five primaries just a night earlier.

The harsh reaction from Twitter users only intensified after Fiorina's decision to start singing on stage, as seen below:

Carly Fiorina starts singing.. and every plant in my house just died. C'MON! #CruzFiorina This is on Ted Cruz. He owes me some house plants.
— David Ippolito (@David Ippolito) 1461792076.0

And one user took the initiative by quickly releasing what could be the first of many remixes of Fiorina's ditty: