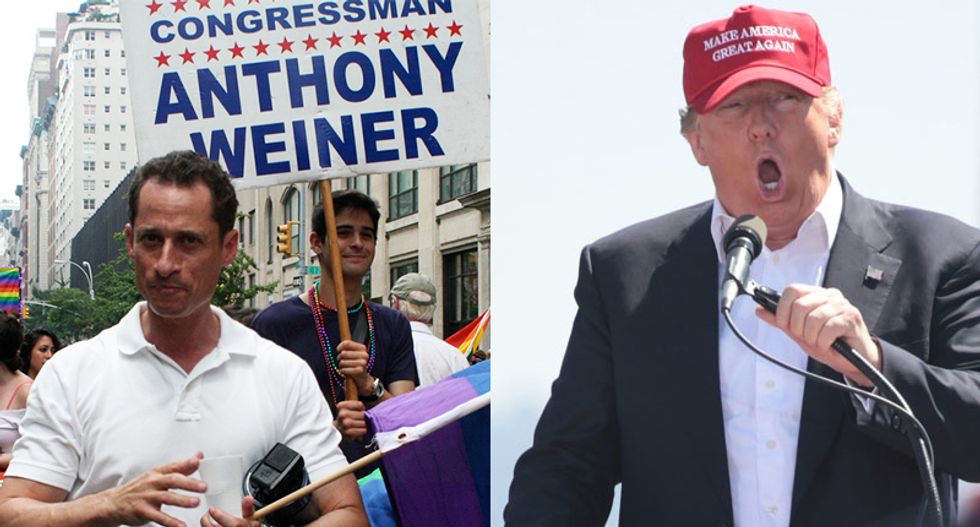 Former Rep. Anthony Weiner (D-NY) is done with polling hypotheticals and is ready to move on to the general election. Weiner's wife Huma Abedin is a close advisor to Hillary Clinton, so perhaps that is why he took to Twitter Sunday to attack Republican presidential candidate Donald Trump.

Borrowing a line from longtime friend Jon Stewart, Weiner slammed Trump as ‘F*ckface Von Clownstick’ — a name Trump has been anointed thanks to the previous host of the "Daily Show."

The tweet was in response to one from Chris Jansing, who posted a new NBC poll that shows Bernie Sanders — not Clinton — ahead of Trump in the general election.

Take a trip down memory lane with the Stewart clip below: