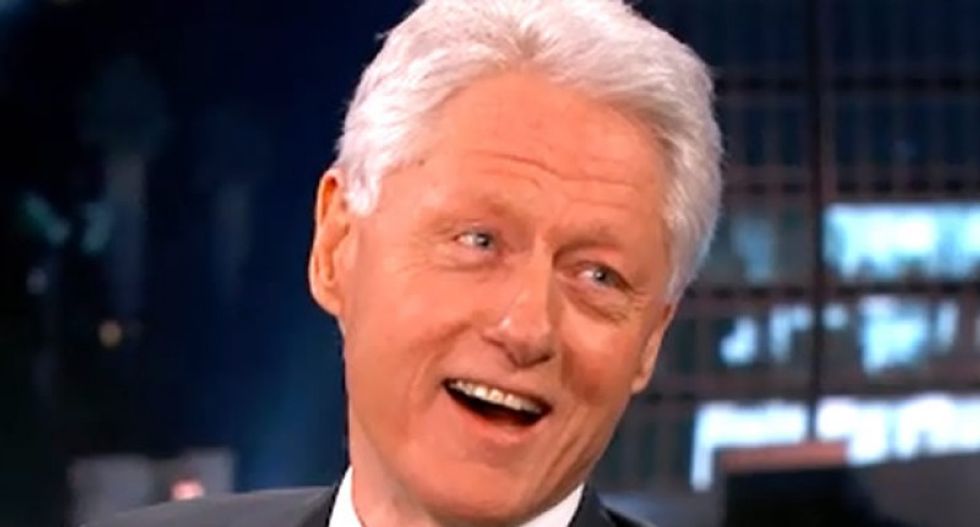 Bill Clinton takes aim at Trump's wall while stumping for Hillary in N.J.

PATERSON -- Trapped in traffic after an overturned tractor trailer accident on the Tappan Zee Bridge Friday, Bill Clinton arrived an hour late to a Paterson rally for his wife Hillary Clinton. The former president quickly seized on the incident as a "metaphor for the election," using it to attack Republican front-runner Donald Trump. "It's bridge-building,…

The shift in the direction of the Republican Party that intensified during the Trump administration has alarmed Mother Jones magazine DC bureau chief David Corn — and he's not the only one.

"New York Times columnist David Brooks recently got scared," Corn wrote. "Last month, he attended the National Conservatism Conference, held in an Orlando hotel, and reported in the Atlantic that this confab demonstrated that the right—of which he used to be a high official in good standing—has become a cauldron of End-Times paranoia posing as populism. The animating theme of this shindig did not arise from policy prescriptions or principles for contending with the nation's economic or social welfare challenges or for pursuing a foreign policy in this confusing century. It was the notion that conservatives face eradication at the hands of diabolical leftists."

Donald Trump is working behind the scenes to get the Republican primary matchups he wants in races around the country.

The twice-impeached one-term president is publicly trying to purge GOP incumbents he sees as disloyal while making back-channel communications to remove possible threats to his endorsed candidates and set up challengers to run against his enemies, reported CNN.

What exactly has gone wrong in America? Something made middle-aged white American men go desperately off the rails

Everyone has a pet theory or two about what has gone wrong in America. And by America I of course mean the United States of, discounting the other 34 countries of the Americas — which speaks to our exceptional self-centeredness, which might in fact be seen as one of the overarching reasons why the country has gone to pot. Not only do we harbor a fervent belief that we have nothing to learn from others, we barely comprehend that they exist.

With the Republican Party's platform morphing from obstruction to fascism (e.g., CPAC is planning a spring fling in authoritarian Hungary), citizens losing their minds over wearing masks and talking up anything but a safe and free vaccine in a deadly pandemic that has taken more American lives than were lost in our Civil War (in an era before doctors could do much more than use a saw), and school board members facing violent threats for supporting basic inclusion and diversity efforts in public schools — for many, the concept of American exceptionalism has been turned on its head.