Cenk Uygur slams Trump: If you thought Bill Clinton was a rapist, why was he at your wedding? 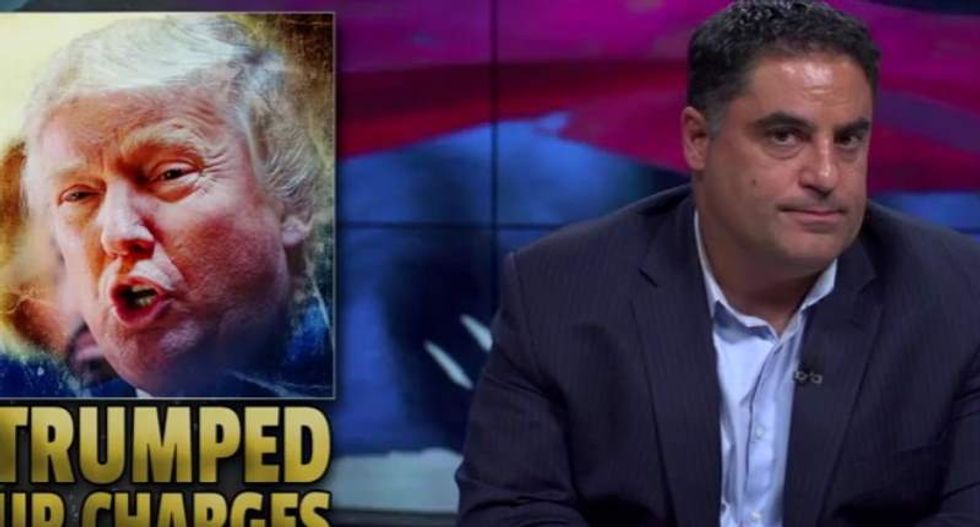 "Quick question for Donald Trump: If you thought Bill Clinton was a rapist, why did you invite him to your wedding?" Uygur asked after showing a picture of Trump and his wife Melania standing with the former president and current Democratic presidential candidate Hillary Clinton, which he said would "define the election."

The presumptive GOP presidential nominee brought up rape during an interview on Wednesday with Fox News' Sean Hannity, suggesting that the New York Times was less likely to pursue those allegations than it was to publish its recent piece detailing Trump's history of inappropriate behavior towards women.

However, Uygur pointed out, Trump openly admitted to mocking conservative "moralists" raising concerns about Clinton's alleged behavior during his presidency.

"I happen to know that one US senator leading the pack of attackers spent more than a few nights with his twenty-something girlfriend at a hotel I own," Trump wrote in The America We Deserve, which was published in 2000. "There's also a conservative columnist, married, who was particularly rough on Clinton in this regard. He also brought his girlfriend to my resorts for the weekend. Their hypocrisy is amazing."

Uygur agreed with Trump that the hypocrisy was "amazing" -- and also par for the course with him.

"Is there anything that Donald Trump wouldn't do to get elected?" he asked. "You know the answer. There isn't anything he wouldn't do."

Watch Uygur's commentary, as aired on Thursday, below.